A story of pre-meditated bravery and gallantry

War stories have a different reality, which is why these can be so fascinating! Any story of how a soldier won the Victoria Cross, the highest battle honour for gallantry “in the face of the enemy”, is always so. 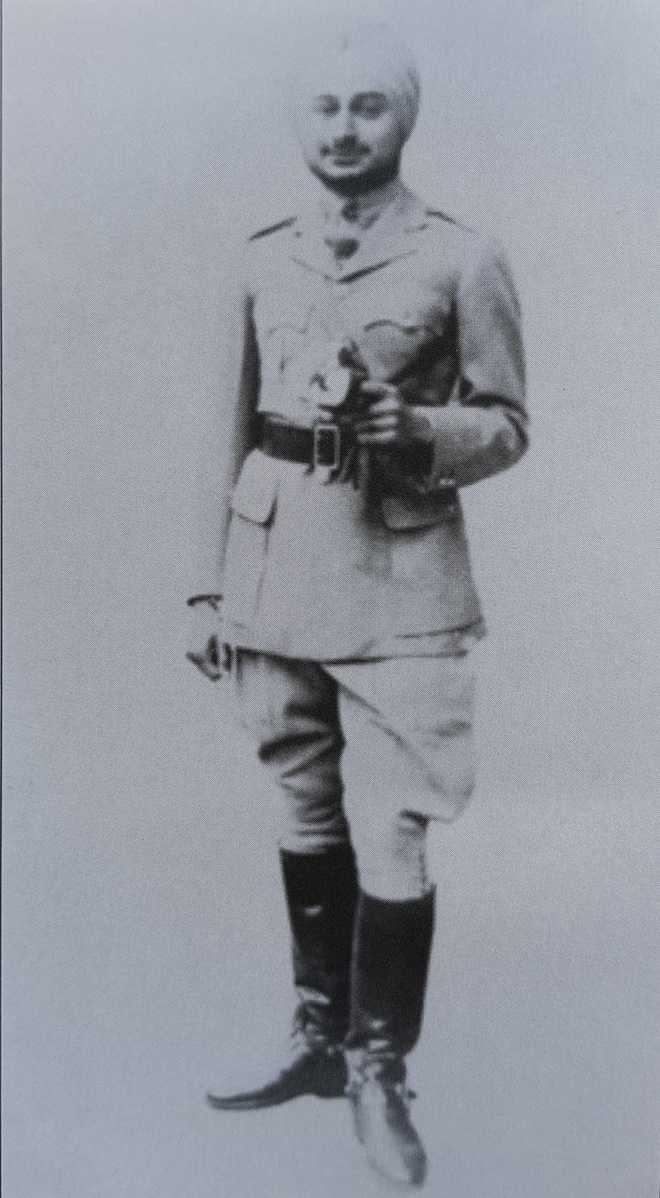 Karamjeet posing for his first portrait as Lieutenant in 1943.

War stories have a different reality, which is why these can be so fascinating! Any story of how a soldier won the Victoria Cross, the highest battle honour for gallantry “in the face of the enemy”, is always so.

Here is a slender volume that gives the account of two young officers joining the army with the objective of winning a Victoria Cross each! The brothers were from a family of privilege. Their father, Sundar Singh Judge, was the police chief of Kapurthala State; but so inspired were the young men by the thought of battling it out with the enemy that they ignored the wishes of their parents, who wanted them to continue with their studies. In fact, they were on their way to college in Jalandhar when they saw a poster of Lieutenant John Smyth VC, and felt inspired to emulate his feat.

Smyth won the VC in World War I while serving with the 15th Ludhiana Sikhs in the European theatre. When he asked for volunteers to deliver ammunition to a beleaguered and isolated bunker, everyone volunteered, notwithstanding the fact that two attempts by Highland Light Infantry and another by the 15th Sikh had failed, with heavy casualties.

As they advanced, all 10 — Sepoys Fatteh Singh, Ganda Singh, Harnam Singh, Lal Singh, Naik Mangal Singh, Sarain Singh, Sapooram Singh, Sucha Singh, Sunder Singh and Ujagar Singh — were killed, but their sacrifice was not in vain. Smyth managed to get the crucial ammunition to the bunker. He won an MC and the Indian martyrs an Indian Distinguished Service Medal each.

The Judge brothers enrolled with the Indian Army. Cadet Ajit Singh Judge was allocated the Regiment of Artillery, which was a disadvantage for him in his quest for the VC.

The younger brother, on the other hand, was thick in the battle of Burma, and on March 18, 1945, the 21-year-old Lieutenant Karamjeet Singh Judge of the 4th Battalion, 15th Punjab Regiment in the British Indian Army, fought in the battle of Myingyan, which raged over four days.

The author quotes from the London Gazette of July 3, 1945, an account by Lieutenant Hugh Baker of the 116 Regiment of the Royal Armoured Corps: “By all accounts, even before receiving the posthumous award, Lieut Karamjeeet Singh was a brave soldier. Always eager to engage in actions he confided in his company commander, Major TM Whitmarsh-Knight, his desire for glory.... Karamjeet was the bravest soldier I have ever seen. Though facing stiff enemy resistance and in unsuitable terrain for tanks, he dominated the battlefield by his numerous and successive acts of superb gallantry; until he fell in the last states of the action.”

It was for this action that Karamjeet Singh was awarded the Victoria Cross. Only 14 days earlier, Naik Gian Singh from his company had received a VC in the same general area.

The story of Lt Karamjeet Singh’s bravery is well told and documented, and the author has done well to bring in the local angle in the Retrospective, where he tells the readers about how Lt Karamjeet Singh is missing from the Indian Army’s regimental history, and of how he got involved in writing the book that fills a vacuum, and tells the story of a brave young man and of the soldier who inspired him to show valour of the highest order.