Along hidden trails in the Himalayas

It demands more than just a sturdy pair of legs to consider an expedition such as the one Levison Wood embarks upon in Walking the Himalayas. The promise of a Channel 4 series lessens none the daunting challenge at hand. That it has been done before offers little succour either. 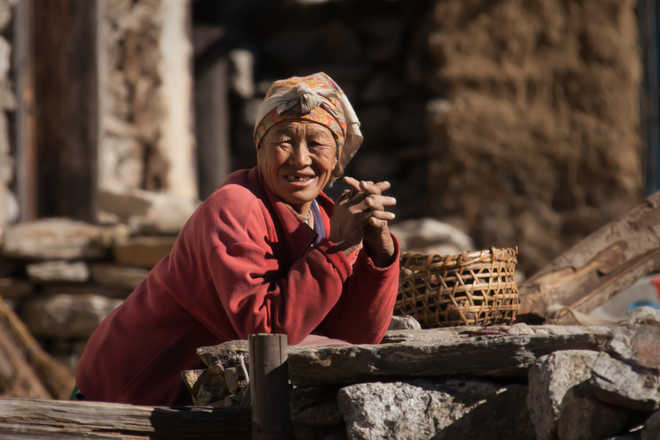 It demands more than just a sturdy pair of legs to consider an expedition such as the one Levison Wood embarks upon in Walking the Himalayas. The promise of a Channel 4 series lessens none the daunting challenge at hand. That it has been done before offers little succour either. Because one man’s trudge across what Michael Palin called the ‘raised eyebrow over India’ could well be 1,700 high altitude miles through five (often hostile) countries over six months for another. Ergo, it requires you to be a hard as nails ex-paratrooper, inhabitant of African and Asian wilds, globetrotter, photographer and journalist, all rolled into one. Above all, it mandates an old-fashioned notion of exploration to take you through what is irrefutably an endurance test rather than enjoyable tryst.

“I decided that the aim of this expedition wouldn’t be to climb mountains or to try and break any records, but instead to use this opportunity to meet people, who call the Himalayas their home. For me, travelling on foot is the only way to really explore the back country and villages hidden from the main trails and roads. It is the way people have travelled in these regions for millennia and there is a unique bond that unites walkers everywhere,” he writes. To accomplish this aspiration, Levison Wood decides to bookend his ‘walk’ between Afghanistan and Bhutan, two of the most impervious Himalayan countries; one a consequence of hostile militia; the other, xenophobia.

From Kabul, he pushes into Pakistan through the Wakhan Corridor set high in the Hindu Kush Mountains. He ambles briefly along the Karakoram Highway connecting Pakistan with China before reaching India. A limping-back-to-post-temblor-normalcy Nepal — where he busts his arm after a 150m car plunge down a cliff — and enigmatic Bhutan wait after. All along, he clambers up ice walls, traverses avalanches, avoids extremist hotbeds and finds munificent locals, able guides and stunning scenery; apparently arming him with a skill nonpareil, that of the appreciation of risk. He talks fondly of Malang, his cheerful companion through Afghanistan, of his friend Ash Bhardwaj, who joins him in India, and of Binod Pariyar, his travel buddy in Nepal. Having befriended the latter during an earlier visit that coincided with the massacre of the royal family, the author would return to Everest highs in his company yet again.

Walking the Himalayas is packed with high and low (pun unintended) experiences, an epiphany or two, as well as impressions of people and a constantly varying landscape. Not to mention the socio-political complexities he encounters, and stoically braves. All of this, and some more, the author recounts through a well-documented, well-written — being a journalist helps greatly in that department — and insightful narrative. A quick page-turner, it works well both as a vicarious leisure-pleasure as well as a rough guide if you’re looking to walk the world’s rooftop and back. Yet, a certain ardour that informs a gratifying travel read is woefully missing. Himalayan jaunts, by definition, are said to leave one wanting more. Walking the Himalayas, on the contrary, is likely to leave you, well, merely wanting.