No support, no information… no opportunities for poor : The Tribune India

No support, no information… no opportunities for poor

This interesting book makes the point that bureaucrats are not heartless, merely clueless. Unwittingly, they have managed to create a governmental system in which no one has any stake in achieving any outcome. Correspondingly, human capital is the one area where India has faltered. 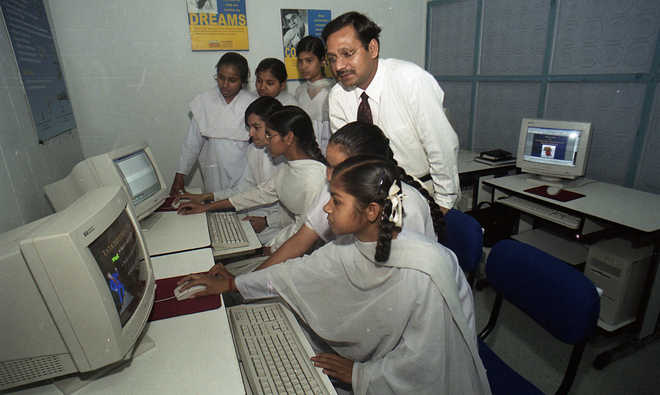 For a level-playing field: In order to ensure that opportunities become available to all, the author suggests the state should empower local officials, town councils and village panchayats

This interesting book makes the point that bureaucrats are not heartless, merely clueless. Unwittingly, they have managed to create a governmental system in which no one has any stake in achieving any outcome. Correspondingly, human capital is the one area where India has faltered.

The book shows that two very important factors that determine the opportunities available to the less privileged to make a better life for themselves, are institutional support structures and the availability of reliable and timely information. Both are missing in India today. Bureaucrats do not seem to realise the importance of these lacunae or if they do understand it, it is not visible in their actions. The author uses many anecdotes to illustrate his point. The one that remained etched in the mind was about a girl who grew up in the slums; but was bright enough to secure admission in a private medical college. However, she did not have the money to pay the fees and most importantly, the information that might have enabled her to opt for dentistry, biotechnology or physiotherapy courses that would have brought reasonable returns. Instead, she ended up as a poorly paid assistant in a pathology laboratory barely earning Rs 8,000 a month.

Viable societies routinely provide relevant information through institutional mechanisms. In Europe and the United States, for instance, we learn that public libraries had become quite common in the 17th century before the onset of industrial development. Here one may recall that the arrival of the printing press in Christian Europe was seen as being majorly subversive by the Church so much so that till the early 20th century, the Church actually published a list of banned books. India, however, is different. Institutional mechanisms hardly exist, whether to provide information or succour to the underprivileged.

Indian living spaces, whether city or village, do not provide equal opportunities to all despite the affirmative action taken by the state to provide scholarships, stipends and other subventions. In cases where some concerned teacher, public official or non-government organisation step in at the right time, people do well, but not otherwise. In sum, Indians seem to depend too much on luck and chance, to make it big in life. If only the dependence on luck could be less and the bureaucracy could bestir itself more, Indians could go much farther.

So why, then, do governance structures fail to deliver? The author suggests that the reason could be that the many-tiered bureaucracy, in its desire for centralisation, assigns very little authority to the lowest level. It is the lowest level be it a doctor, nurse, patwari, revenue official or police constable, which represents the cutting edge in governmental interaction with people. And a bureaucracy, where all programmes are designed either in New Delhi or the state capital, demotivates people down the line and most especially those at the cutting edge.

The other factor that demotivates the lower level bureaucracy is the lack of promotional avenues. In other countries, a police constable can conceivably rise to being Chief of Police. Not so in India. The result of this kind of a governance structure  is that no one has a stake in achieving positive outcomes of any kind.

Technology does help but robots cannot teach children or cure patients. Technology is merely a tool to deliver service; on its own, it can do little.

To make matters worse, the ascendance of politicians in the last two decades has meant that whatever institutional structures existed, are in a state of collapse. On the one hand, there is little scope for local officials to exercise initiative; on the other there are no sanctions against those who err. Transfers, when used as a device to reward or punish officials, merely undercut whatever little is left of value in the lower bureaucracy. Politicians revel in the power they gain, quite apart from benefiting from a money-spinning transfer industry.

Fixers flourish. They are the only ones who can mediate between a labyrinthine bureaucracy and the public. In order to move forward and ensure that the opportunities provided by globalisation, become available to all, the author argues, the state should empower local officials, town councils and village panchayats and thereby marginalise the fixers. Taking such a worm’s eye view requires not more money but serious political will.