Himachal ready with scheme to settle dues of pre-GST era

CHANDIGARH: Bq: When GST was introduced, the earlier scheme of granting Central excise exemption to the industry had been scrapped. 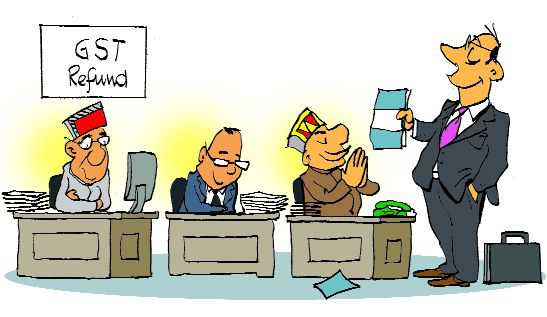 Bq: When GST was introduced, the earlier scheme of granting Central excise exemption to the industry had been scrapped. The Department of Industrial Policy and Promotion was supposed to provide budgetary support to eligible units for the residual period by way of GST refund

The Himachal Pradesh government is in the process of rolling out a scheme to reimburse 42% of Central incentives to manufacturers who were eligible for this exemption till March 2020 under the value added tax (VAT) regime. The government has sought legal opinion on the scheme.

Before the implementation of GST on July 1, 2017, manufacturing units in Himachal Pradesh, Jammu and Kashmir, Uttarakhand and north-eastern states enjoyed a 10-year excise duty relief either by way of upfront exemption or by way of refund as the Central government wanted to encourage industrialisation in these states.

After the GST rollout, the earlier scheme of granting incentives such as Central excise exemption to these states was discontinued and the excise duty was replaced by GST, which has two equal components of CGST and SGST. The Central government later decided to reimburse 58% of the CGST, which it collects from these units as the remaining 42% is anyway transferred to states under the formula recommended by the 14th Finance Commission for sharing of the divisible pool of Central government taxes.

The industrial units which had commenced commercial production by March 2010 were eligible for this exemption till March 2020. However, units which started production at the fag-end of the special package were at the receiving end and have been awaiting refunds from the state government for the past two and a half years as they could only get refund of the 58% share from the Central government.

“States such Maharashtra and West Bengal have brought out the scheme to settle outstanding issues pertaining to the VAT regime. Even the Central government has also brought out the scheme. We are also bringing out a scheme for the industrialists who were eligible for refunds under the earlier VAT regime. The scheme is under legal scrutiny,” Himachal Pradesh Chief Minister Jai Ram Thakur told The Tribune.

Industrial associations in the state have taken up this issue with the state government many a time as their precious working capital is blocked in the form of refund.

Earlier, Maharashtra had unveiled an amnesty scheme for the settlement of pre-GST state tax disputes to ensure that the government recovers outstanding taxes and clear the backlog of long-pending assessments. It issued an ordinance to bring into effect a scheme that provides for settlement of dues under various state levies, including VAT, CST, entry tax, professional tax, luxury tax, and purchase tax on sugarcane.

Similarly, Karnataka and West Bengal had announced such schemes earlier. The Directorate of Commercial Taxes, West Bengal, came up with a scheme for the settlement of pending sales tax/VAT/entry tax under the settlement scheme to help the businesses settle tax disputes.

The industry has been pressing for such a scheme across the country for settling past tax disputes. Prior to the GST implementation, tax regime was not uniform with each state having its own laws and procedures.