WASHINGTON: India offers an "amazing opportunity" for US energy sector as it is a huge market for the American energy products including clean coal technology, Energy Secretary Rick Perry has said. 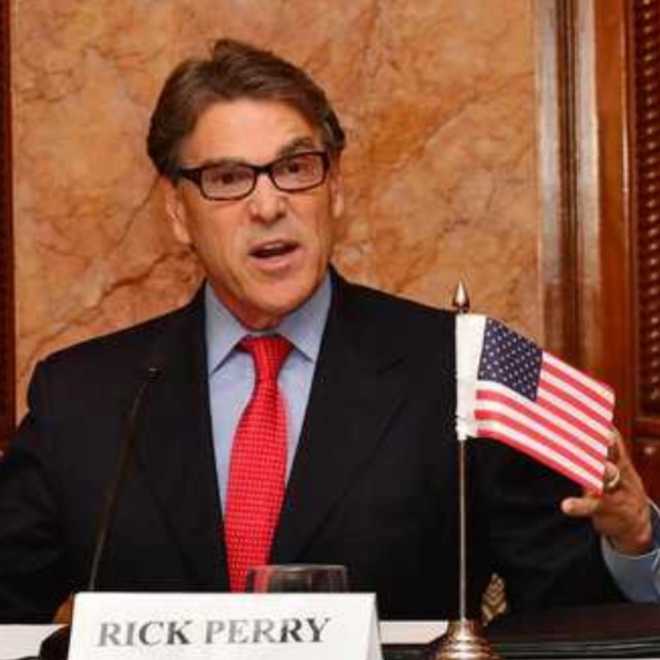 India offers an "amazing opportunity" for US energy sector as it is a huge market for the American energy products including clean coal technology, Energy Secretary Rick Perry has said.

Perry, who visited India in April this year as part of the Trump administration's move to enhance bilateral energy cooperation, said he had "very good conversations" with his Indian counterpart on clean coal and carbon capture utilisation.

During the first meeting of the US-India Strategic Energy Partnership in April, the two countries decided to increase its co-operation in oil and gas, power, renewable energy and coal sectors.

“India offers an amazing opportunity for US energy,” Perry told reporters during a media round table on Monday.

In the last three years, he said, the export of US crude oil to India has increased from 300,000 barrels to eight million barrels and it is a huge market for the American energy products including clean coal technology.

Appreciative of India's effort to partner with the US on nuclear power, Perry said the US needs to take steps to have the latest technology and efficient methods to produce nuclear power.

It sends a short-term message to the Saudi Arabia, with which the US is currently in the process of negotiating a 123 Agreement, he said.

“It sends a short-term message to the Indian leadership that America is really not committed to nuclear power, so why should we go into a partnership with them and it appears that they're not even going to support their industry in the United States,” Perry explained.

So, this is a really important conversation to have, he noted.

During the India visit, Perry had said that Westinghouse Electric Co is emerging out of bankruptcy and is capable of delivering the planned six nuclear reactors to India on time.

Civil nuclear cooperation has been a cornerstone of US-India relations. The 2016 deal, under which Westinghouse was to build six AP1000 reactors in Andhra Pradesh, was concluded after more than a decade of diplomatic efforts.

But it was in limbo after Westinghouse in March last year filed for bankruptcy following an estimated USD 13 billion of cost overruns at two US projects.

According to a Department of Energy Factsheet, the US is focused on promoting American LNG exports and increasing its energy dominance by supporting research and development in both the upstream and midstream sectors.

To date, the energy department has approved cumulative exports of liquefied natural gas of 21.35 billion cubic feet per day (Bcf/d) to any country in the world not prohibited by US law or policy.

Since January 2017, the Department of Energy has granted non-FTA export authority to two world-scale LNG projects — Golden Pass Products in Texas and Delfin LNG, which is proposed for offshore Louisiana.

Cargos of US LNG have so far landed in Asia, Africa, the Middle East, South America, North America, the Caribbean — and also in Europe, in places that have traditionally depended on Russia for gas supplies, like Lithuania and Poland.

Now, US LNG is helping to diversify their gas supplies and shore up their energy security.