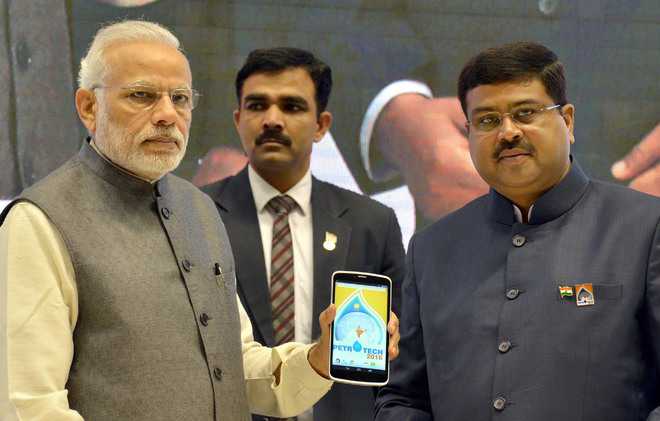 While addressing the inaugural session of Petrotech conference, the Prime Minister said India is today the world’s fastest growing large economy. This growth has been supported by a series of policy measures.

“Our policies are focused on improving India’s long-term economic and social prospects, rather than on short-term headlines. Our efforts are showing results in terms of economic growth and development,” he added.

He said “Our proactive foreign policy and energy diplomacy is helping us to strengthen our ties with neighbouring countries”.

“I hope our oil and gas sector companies will take the opportunity to tie up with their foreign counterparts to explore for more equity oil”, the Prime Minister said.

Stating that the country needs to increase domestic oil and gas production and reduce import dependence, he said, “I have set a target to reduce import dependence by 10% by 2022. This will have to be achieved during the period of increasing oil consumption.” Emphasising that hydrocarbons will remain the most important source of energy for many years to come, he said India is poised to account for one fourth of the incremental global energy demand between 2013 and 2040.