MUMBAI: The government has limited fiscal space to support growth, but low inflation can help the monetary authority ease policy rates further and help boost the economy that has badly lost its momentum, RBI governor Shaktikanta Das said on Thursday. 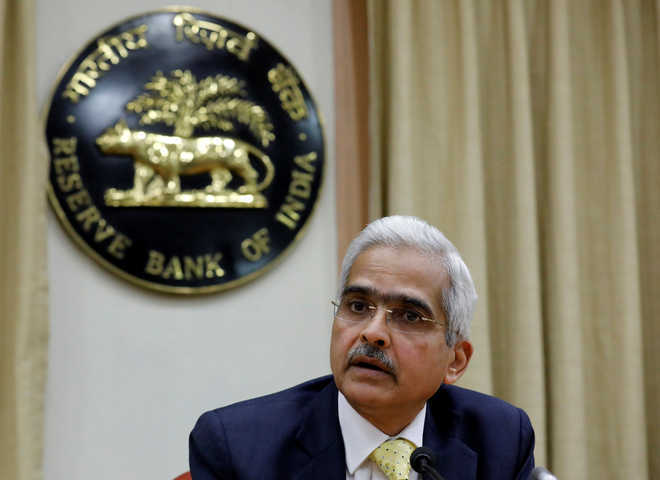 The government has limited fiscal space to support growth, but low inflation can help the monetary authority ease policy rates further and help boost the economy that has badly lost its momentum, RBI governor Shaktikanta Das said on Thursday.

Government measures to boost growth are more on the administrative side and it has been fiscally prudent in its moves, Das said, adding there can be more such off-balance- sheet measures from New Delhi in the offing.

It can be noted that GDP slipped to a six-year low of 5 per cent in the June quarter, which led the government to announce some booster doses in three installments so far.

Courtesy the space created by low-inflation, the RBI has already cut rates four times to the tune of 110 bps this year to push growth.

“Today, when we see that the price stability is maintained and inflation is much below 4 per cent and is expected to be so in the next 12 months horizon, there’s room for (more) rate cuts, especially when growth has slowed down,” Das said, speaking at an event organised by Bloomberg News here this evening.

However, he refused to share RBI’s revised growth projection, stating that it will go public with the revised numbers at the next monetary policy announcement on October 4.

Das reiterated there are many areas of opportunity amid the “challenging” environment and called for focusing on the same without getting mired in negative sentiments.

He also said the recent issues on the oil front, especially after the drone attacks on the largest Saudi Arabian facility and resultant drop in capacity by a tenth, will not have a negative effect either on the domestic situation, including the fiscal balances or inflation as well.

It is possible to contain the impact on the fiscal math as most fuel prices are now linked to market prices, thus capping the  fiscal burden to the minimum, he said.

Das said there is a need for a “nuanced understanding” on the fiscal measures, stating that sometimes better spending of the expenditure can deliver the desired benefits without really entailing additional expenditure burden.

As government goes through a raft of growth enhancing measures, Das advocated front-loading of its capex plans in the budget to help the economy.

Commenting on the fiscal balances, he said the space enjoyed by the government to boost growth is “limited”.

“Fiscal deficit is at 3.3. There are lots of discussions about the borrowings by PSUs. Both put together there is already very little fiscal space for fiscal expansion,” the governor said.

The measures announced through the three announcements are “non-fiscal” and administrative in nature, where the government is streamlining certain things to help boost the growth numbers, Das said.

Apart from this, the government also needs to assess its internal position which is visible through inputs like tax collections and expenditure management, he said.

It can be noted that there is a huge pressure on the revenue side, with the numbers indicating advance tax collections have grown by less than 5 per cent in the first half of the year against a full year target of 17.5 per cent, a senior tax official told PTI.

Reiterating the need to have structural reforms in sectors like land records, labour and agriculture, Das said there is an immediate need to either repeal or substantially amend the APMC Acts in several states.

Das underlined that the government has initiated many structural reforms to address the issues.

He also said the RBI’s interventions on the rupee are to contain the volatilities and have been on either sides in the last few months, which have helped the country being taken off the US list of currency manipulators. — PTI