MUMBAI/NEW DELHI: Embattled Jet Airways today said it was halting all flight operations after its lenders rejected its plea for emergency funds, potentially bringing the curtains down on what was once India''s largest private airline. 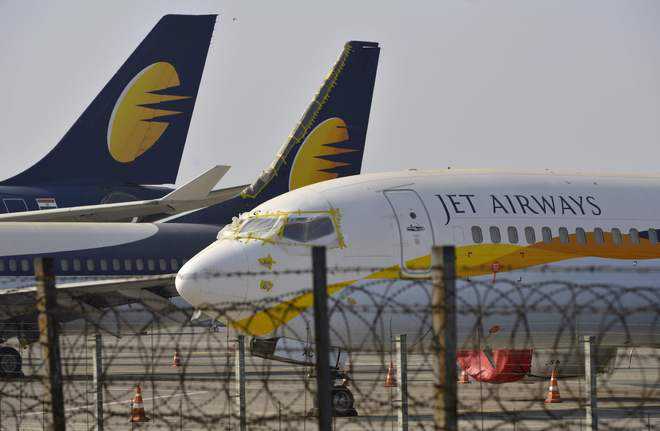 Embattled Jet Airways today said it was halting all flight operations after its lenders rejected its plea for emergency funds, potentially bringing the curtains down on what was once India's largest private airline.

The carrier, saddled with roughly $1.2 billion of bank debt, has been teetering for weeks after failing to receive a stop-gap loan of about $217 million from its lenders, as part of a rescue deal agreed in late March.

"The airline has been left with no other choice today but to go ahead with a temporary suspension of flight operations," the company said in a two-page statement late on Wednesday.

At its peak, Jet operated over 120 planes and well over 600 daily flights. The airline, which has roughly 16,000 employees, has in recent weeks been forced to cancel hundreds of flights and to halt all flights to overseas destinations, as funds have dried up.

Intense competition from low-cost carriers, like Interglobe-owned IndiGo and SpiceJet Ltd, together with higher oil prices, hefty fuel taxes and a weak rupee have piled pressure on the airline in recent months.

In its statement on Wednesday, the airline thanked its loyal customers for their patronage and support over 25 years and said it “sincerely and profusely apologises for the disruption to the travel plans of all its guests.”

The airline said it would continue to work with its lenders, who are trying to identify an investor willing to buy a majority stake in the airline and attempt to turn it around.

Jet Airways said it would continue to support the bid process initiated by the banks and that it hopes to resume flying soon.

Its lenders, led by State Bank of India (SBI), have been seeking expressions of interest for an up to 75% stake in the airline. Initial expressions bids were submitted last week.

Jet Airways, in its statement, said it had been informed late on Tuesday night by its lenders that they were unable to consider its request for critical interim funding.

"Since no emergency funding from the lenders or any other source is forthcoming, the airline will not be able to pay for fuel or other critical services to keep the operations going," the airline said.

Two sources at banks said the lenders had refused to pay Rs 400 crore to keep the airline afloat. — Reuters