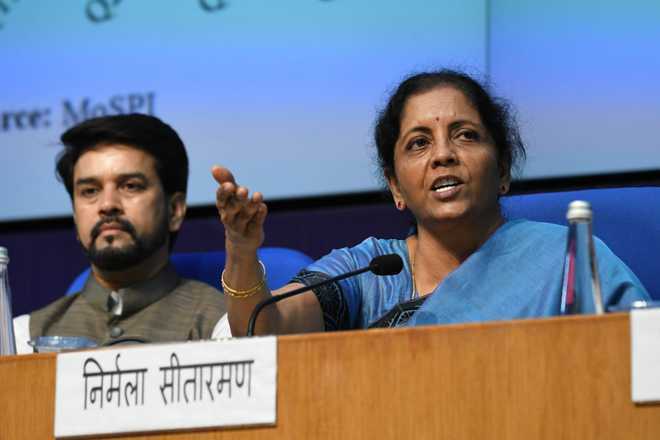 Union Finance Minister Nirmala Sitharaman today announced a set of measures to boost the export sector and bring relief to a certain category of home buyers stuck with unfinished projects.

The revenue outgo from these incentives will be over Rs 60,000 crore — slightly above Rs 50,000 crore for exporters mainly from the small and medium segment and Rs 10,000 crore for buyers whose flats are not before the National Company Law Tribunal (NCLT).

Addressing her third successive press conference in the national capital on boosting economic growth, Sitharaman said her forthcoming meeting with CEOs of nationalised banks next week would provide finality to the government’s earlier announcements on easing credit and transmitting the RBI’s cut in interest rates to home and automobile buyers.

In a relief for around 3.5 lakh dwelling units that have not been completed but whose builders are not in non-performing asset category (and therefore not before the NCLT), the government will set up a special vehicle with a contribution of Rs 10,000 crore and matching amount from other sources that have not yet been identified. While this fund, to be run by professionals, will enable the crucial last-mile funding for housing projects, Sitharaman said the fate of an estimated 5 lakh dwelling units vested with the NCLT.

Sitharaman divided the measure to boost exports in six parts. The biggest and most tangible announcement related to a new “Scheme for Remission of Duties or Taxes on Export Product” (RoDTEP), which will be given to exporters and cost the government Rs 50,000 crore.

It will replace the existing Merchandise Exports from India Scheme (MEIS), which was found to be not compliant with World Trading Organisation (WTO) norms and had led to the US filing several cases before the WTO Appellate Tribunal. It was actually finalised by the Commerce Ministry in June but the first public announcement was made today.

Sitharaman also said India would stage four mega festivals next year covering gems and jewellery, textiles, leather and yoga. Modelled on the Dubai shopping festivals, these would provide small and medium enterprises a window to showcase their products and boost sales.

One measure relates to additional monitoring of free trade agreements by ministry officials so that exporters can avail of the concessions in fine print that are usually not discernable and another to reducing paperwork at ports so that they ultimately reach the standards of Boston and Shanghai ports.