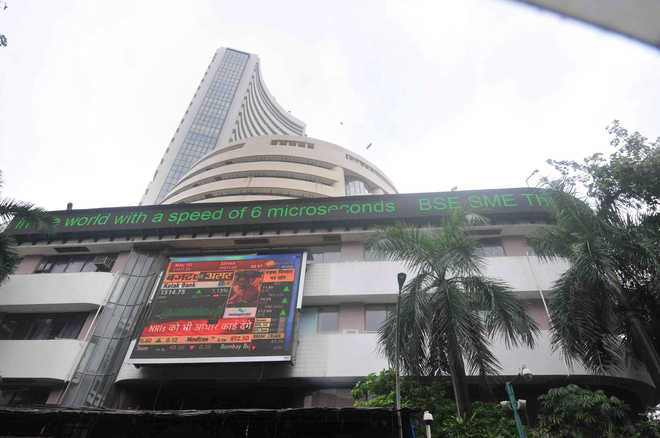 The government has also slashed corporate tax to 25.17 per cent inclusive of all cess and surcharges for domestic companies. PTI file photo

In a major booster to the market, the government has decided not to levy the enhanced surcharge introduced in the Budget on capital gain arising on sale of equity shares in companies liable for securities transaction tax.

The markets also seem to have given a thumbs up to Finance minister's announcement that the super-rich tax will not apply on capital gains from sale of any security, including derivatives in hands of foreign portfolio investors.

In another relief, the minister said listed companies which had announced buyback of shares prior to July 5 would not be charged with super rich tax.

The government has also slashed corporate tax to 25.17 per cent inclusive of all cess and surcharges for domestic companies.

Sitharaman said the revenue foregone on reduction in corporate tax and other relief measures would be Rs 1.45 lakh crore annually.

This, she said, is being done to promote investment and growth.

Bulls took over the market after the government slashed corporate tax rates for companies by almost 10 percentage points to 25.17 per cent to bring them at par with Asian rivals such as China and South Korea.

"Markets gave complete thumbs up to the decision as it is expected to give much room for corporate India to reinvest the money into building capacity and fuel growth for the long term while providing immediate support to its waning earnings in the near term," said Narendra Solanki, Head Fundamental Research (Investment Services) - AVP Equity Research, Anand Rathi Shares & Stock Brokers.

The Sensex and Nifty clocked their highest one-day gain in over a decade on the back of these announcements.

On the other hand, PowerGrid, Infosys, TCS, NTPC and Tech Mahindra ended in the red, losing up to 2.39 per cent.

The rupee too appreciated 29 paise to 71.04 against US dollar following the finance minister's announcements.

Elsewhere in Asia, Shanghai Composite Index, Nikkei and Kospi ended on a positive note, while Hang Seng settled in the red.

Stock exchanges in Europe were trading higher in their respective early sessions. PTI