GURUGRAM: US President Donald Trump''s son Donald Trump Jr. is scheduled to arrive in Gurugram on Monday to endorse his luxurious residential project, the Trump Towers. 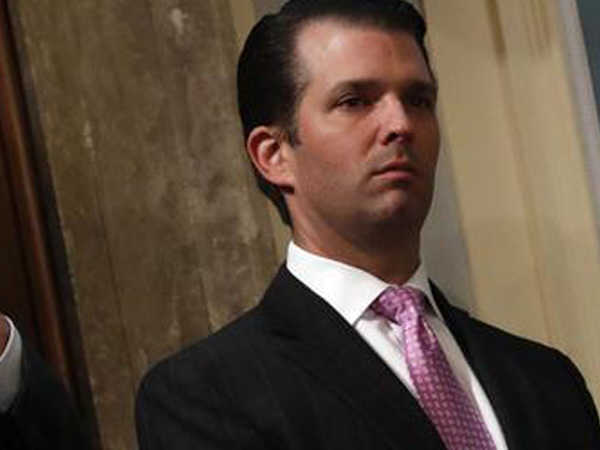 Trump Jr. is scheduled to speak at the Global Business Summit in Delhi, which will be held on February 23 and 24.

US President Donald Trump's son Donald Trump Jr. is scheduled to arrive in Gurugram on Monday to endorse his luxurious residential project, the Trump Towers.

Trump Jr, who is the executive director of the Trump Organisation, will arrive on a Boeing 757, which is nicknamed as Trump Force One, The New York Times reported.

Trump Jr. is scheduled to speak at the Global Business Summit in Delhi, which will be held on February 23 and 24.

He will also visit Kolkata, where the construction of a project with 137 luxury units will begin soon.

In Mumbai, he will oversee a 78-story Trump Tower with 400 residences, which is under construction and is scheduled to be completed by next year.

Trump Jr. will also visit Pune, where a fourth Trump-branded project has been built.

In an interview last week, Trump Jr. stated that he had spent nearly a decade “cultivating relationships in India” and that his company was “now seeing the response of that effort.”

According to business partners in India, many units in the Trump Towers are selling about 30 per cent per square foot higher than the current market rates. Trump Jr.'s visit to India this week is expected to reinforce the trend.

Talking about his trip earlier this month, Trump Jr. said, “India is such an incredible country and our brand has enjoyed tremendous success in the region for many years. This trip is a celebration of all we have achieved, including the launch of the Trump developments in Kolkata and Delhi which have been underway for many months."

"The teams in India have been working very hard to deliver residences that are truly second to none and I am looking forward to visiting these spectacular projects very soon,” he added.

The towers are being built by local partners- M3M, a National Capital Region (NCR) real estate company and Tribeca Developers of Mumbai.

The Trump development encompasses two towers with a total of 254 “ultra luxury” units, each selling for up to $1.5 million, according to the Trump Organisation.

Among other features of Trump Towers are a temperature-controlled indoor swimming pool, a spa and fitness centre, a fine-dining restaurant, business centre, and in-residence catering.