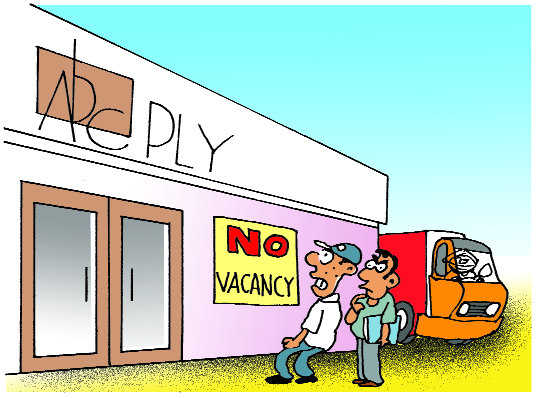 For Yamunanagar-based plywood manufacturers, automation is the buzzword. Perturbed over rising labour costs and dwindling sales due to stagnation in the real estate sector, many units are opting for automation in the manufacturing process either partially or fully.

This would not only help them in countering high labour cost, but it would also help them in reducing input cost. There are around 350 plywood units in Yamunanagar with an annual turnover of Rs 6,000-Rs 8,000 crore.

“At Rs 9,000 per month, the minimum wage is too high in Haryana as compared to Rs 5,500 in UP. Besides, the industry has to suffer on account of labour shortage, especially during harvesting and festival season. To overcome this problem, the industry is automating certain processes depending upon their requirement and budget,” said Haryana Plywood Manufacturers Association president JK Bihani.

The industry is heavily dependent on migrant labour from Uttar Pradesh and Bihar which constitutes around 60% of the total 50,000 workforce while the rest are local labourers.

“We have installed some automatic machines to reduce dependency on manpower to a certain extent. However, the entire process, including conveyor belts, is yet to become automatic,” said Sunil Aggarwal, another plywood manufacturer.

According to the industry, automation is the need of the hour to stay afloat. The turnover of the industry is constantly going down because of various issues.

“Initially, it was demonetisation and later the GST cast its shadow over the manufacturers based in Yamunanagar. If these two factors were not enough, the stagnancy in the real estate sector has further aggravated the issue. As a result, demand for plywood has suffered, thereby affecting the industry,” Bihani said.

According to sources, the industry is suffering on account of increase in the price of poplar trees, high diesel, labour and freight.

Currently, a majority of the units are unable to utilise the optimum capacity due to paucity of demand.

Punjab and Haryana are the biggest producers of plywood in the country with almost 60% combined share. While Punjab’s contribution is 15% of the total output, Haryana has a larger share of around 45%.