Cancer deaths have doubled since ’90

NEW DELHI:Deaths from cancer have more than doubled in India and contribution of the disease to total health loss in terms of years of life wasted has also doubled. 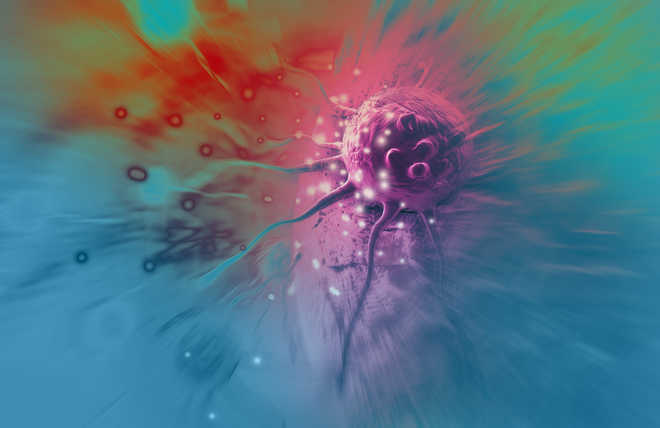 Deaths from cancer have more than doubled in India and contribution of the disease to total health loss in terms of years of life wasted has also doubled.

Tobacco and alcohol use and dietary risks have been identified as top causes of cancers with a growing number of oncologists pointing to food adulteration, poor lifestyles and indoor pollution as major risk factors.

"All cancers together contributed 5 per cent of the total Disability Adjusted Life Years (health years of life lost) and 8.3 per cent of the total deaths in India in 2016 — an increase of 90.9 per cent and 112.8 per cent respectively from 1990,” says the study which has among collaborators ICMR former DG and current Deputy DG, WHO Soumya Swaminathan and leading oncologists GK Rath of AIIMS, New Delhi.

ICMR which collaborated with the Public Health Foundation of India on the project also names leading cancers in India in 2016 — which caused more than 5 per cent of the total cancer DALYs among both sexes combined. These were stomach cancer (9 per cent), breast cancer (8.2 pc), lung cancer (7.5 pc), lip and oral cavity cancer (7.2 pc), pharynx cancer other than nasopharynx (6.8 pc), colon and rectum cancer (5.8 pc), leukaemia (5.2 pc), and cervical cancer (5.2 pc). Stomach cancer was responsible for the highest DALYs among all cancers in India in both 1990 and 2016.

The study also examined boys and girls aged 0-14 years and found leukaemia caused most DALYs in India in 2016 followed by brain and nervous system cancers.

Oncologist Sanjeeva Kumar says he had concluded food adulteration to be the top risk factor for cancer. He warned people against use of non-food grade aluminum foils.