BATHINDA: Police said on Friday that they had arrested a notorious category “B” gangster from a village on the Rampura-Maur road. 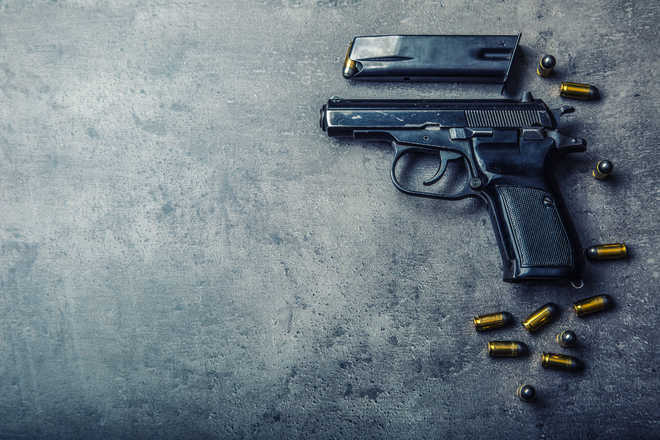 Police said on Friday that they had arrested a notorious category “B” gangster from a village on the Rampura-Maur road.

Police said at a press briefing on Friday that they arrested Gurlal Singh alias Lalli Sidana from his in-laws’ village Lehra Dhurkot on Thursday evening. Bathinda Superintendent of Police Nanak Singh said: “CIA Staff 2 Incharge SI Tarjinder Singh got a secret tip off that gangster Lalli Sidana is coming to his in-laws village, acting on which CIA team laid a trap and he was arrested”.

Gurlal Singh faces criminal charges in six cases, and has been declared a proclaimed offender in three of them. He also has a bailable warrant against him, which a court issued when he did not turn up for hearing.