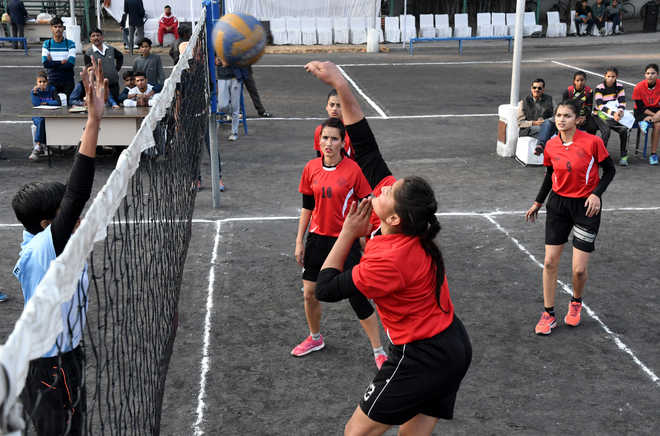 Players in action during the women’s final on the last day of the State Volleyball Championship at the Sector 7 Sports Complex. Photo: Nitin Mittal

Athletic Club, Sector 7, defeated DAV College, Sector 10, in straight sets to win women’s category final on the concluding day of the State Volleyball Championship, at the Sector 7 Sports Complex, on Sunday. Athletic Club registered a 25-23 25-18 25-16 victory to lift the title. Shiwani gathered most of the points for the winning team. Post Graduate Government College, Sector 42, claimed the third position.