CHANDIGARH:Delayed electricity bills have given a jolt to over two lakh consumers in the city, who will have to pay bills for four months within a span of 15 days. 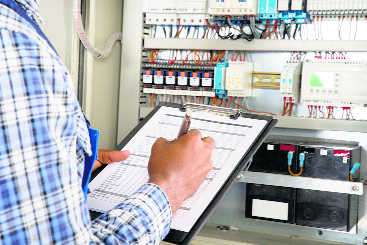 Delayed electricity bills have given a jolt  to  over  two lakh consumers  in the city, who will have to pay  bills for four months  within  a span of 15 days.

While the Electricity Department is yet to take  a decision on whether to extend the  last date for the payment, the consumers have no choice  but to pay the  bills, running into thousands of rupees, during the festival  season, which has already “exhausted  them” financially.

Sources said a majority of the  consumers had  received  the  electricity  bills for June  and July  after a delay of a month and a half. The consumers have been given 15 days   to pay the bills.

While they have started   paying the bills, they are  now worrying about the  next bills,  which are expected  within a week.   Usually, the Electricity Department issues bills as per the billing cycle.  So, the bills  for August and September  are likely  to be   issued within 10  days.

RK Garg, a social  activist, said why should consumers   be burdened for the fault of the  Electricity Department. The department should extend the date for the payment of the  bills.

The sources  said the delay  in the distribution of bills  occurred  due to floods  in Ropar during August. The  floods destroyed  the records  of the  National Institute of Electronics and Information Technology (NIELIT),  Ropar, which was assigned the  job of printing electricity and water  bills  of city residents.

Later, the department had to rework on the  bills, which took   time.  In the  absence of data,  many consumers were issued bills on the average  consumption basis.

CD Sangwan, Superintending  Engineer, said  the records were destroyed due to floods. The department would adjust the  amount in the next  bills  of those   who were issued bills  on the average consumption basis this time.