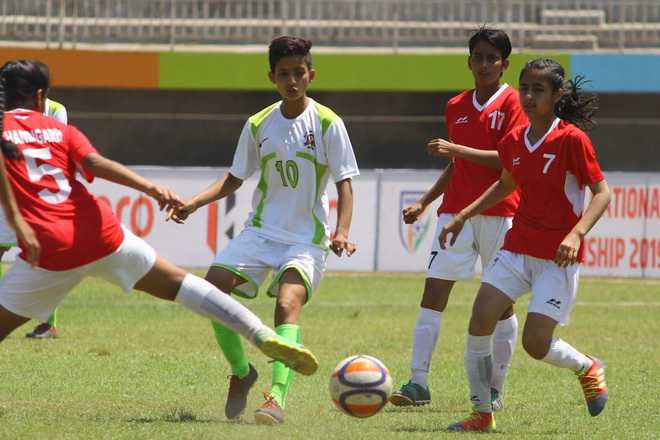 Players vie for the ball during a match between Chandigarh and Himachal Pradesh in the Junior Girls’ National Football Championships in Kolhapur on Sunday. AIFF

Poonam got her second in the 61st minute, while skipper Anju scored the team’s fifth goal in the 78th minute to confirm an easy win.