CHANDIGARH: The air quality of the city has started showing a sign of deterioration. From satisfactory last night, the air quality index (AQI) has almost touched the poor level this evening. 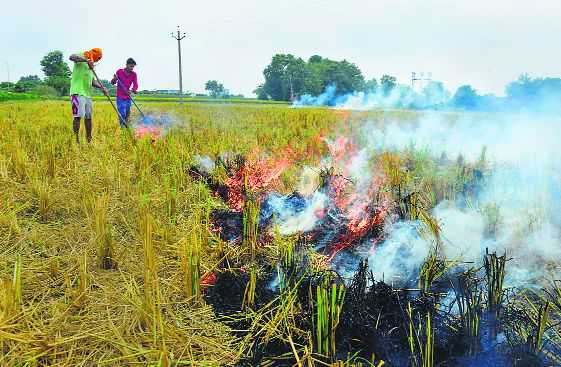 "The main reason for the increase in the AQI is a rise in stubble-burning cases in Punjab and Haryana. Low-velocity wind and nip in the air have aggravated the situation. If the wind speed is lower and the temperature dips, the air circulation is almost stopped, which severely affects the air quality." TC Nautiyal, Member Secretary, Chandigarh Pollution Control Committee.

The air quality of the city has started showing a sign of deterioration. From satisfactory last night, the air quality index (AQI) has almost touched the poor level this evening.

The Chandigarh Pollution Control Committee (CPCC) recorded the AQI 160 on Monday evening, which is the highest of the season.

Particulate matter smaller than 10 micrometers (classified as PM 10) and the even smaller PM 2.5 pose higher health risk because these can be breathed deeply into the lungs and may cross into the bloodstream.

Moderate AQI can cause breathing discomfort to people with lungs and heart-related ailments. If AQI crosses the 200 mark, it falls in the category of poor, which results in severe health problems. The CPCC measures AQI at five places — Panjab University, Sector 17, IMTECH-39, Kaimbwala village and Sector 50.