CHANDIGARH:A four-day football camp will be organised by the Elite FC India in association with the UK-based Leyton Orient FC at the Punjab University campus here from June 13. 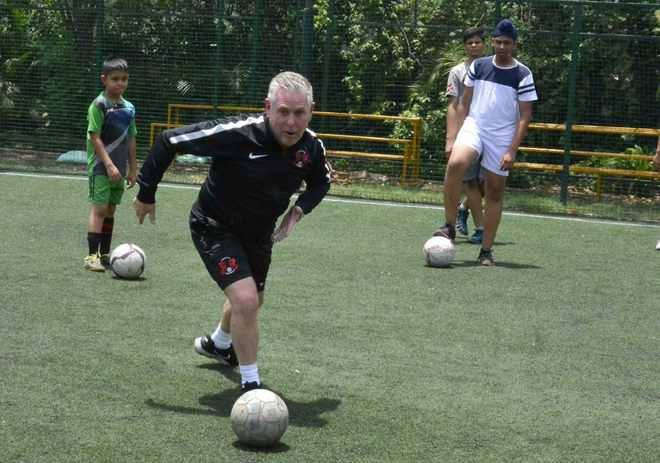 A four-day football camp will be organised by the Elite FC India in association with the UK-based Leyton Orient FC at the Punjab University campus here from June 13. During the camp, coaches Steve Embleton and Liam Terrence Christopher of Leyton Orient FC will teach budding footballers about some interesting techniques, the organisers said here on Tuesday.

The two coaches held an interactive session with young footballers of the city at The British School on Tuesday and emphasised the need to start training from an early age. “The training should start from an early age and you should work on basic techniques,” said Embleton, who is the head coach of Leyton Orient FC. “The coaches in India need to be trained and should have good knowledge about the game. “India does not have good coaches and I think players do not get enough chance.

The duo is in the city as a part of the MoU signed between the Leyton Orient FC and the Elite FC India. — TNS