CHANDIGARH: Experts during a PHD Chamber conference on ‘Women Empowerment Leveraging Gender Diversity’ today dwelled on bringing out strategic inputs to leverage gender diversity for the growth of organisations and businesses at PHD House, Sector 31 here. 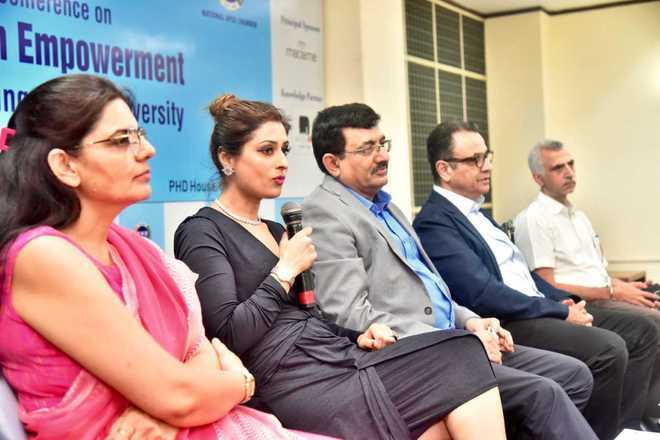 Experts during a PHD Chamber conference on ‘Women Empowerment Leveraging Gender Diversity’ today dwelled on bringing out strategic inputs to leverage gender diversity for the growth of organisations and businesses at PHD House, Sector 31 here.

Though women in India excelled in their talent, they were still underpaid at work and deprived of being leaders, the experts opined.

While citing the report reference of Mackenzie, Col Rajiv Bhargava (retd), Associate Director, ISB, Mohali, said, “Women comprise 48.5 per cent of the entire Indian population and contribute only 17 per cent in the national GDP. If we support gender parity, nation’s economy by 2025 can be strengthened with 700 billion US dollars.”

Earlier, Vikram Sehgal, Chairman, Chandigarh Chapter, PHD Chamber, said organisations could not afford to underutilise nearly half of their workforce. “Companies that don’t leverage the potential of women hinder their chances of finding the best leaders while companies with the best record of promoting women outperformed industry revenue by 46 per cent,” he said.