Impressive start for Aadil at Classic

CHANDIGARH:Indian duo of Aadil Bedi and Aman Raj shot identical cards of 5-under 67 to be placed share the fifth spot at the end of the opening round of the Classic Golf & Country Club International Championship at Nuh, Haryana, today. 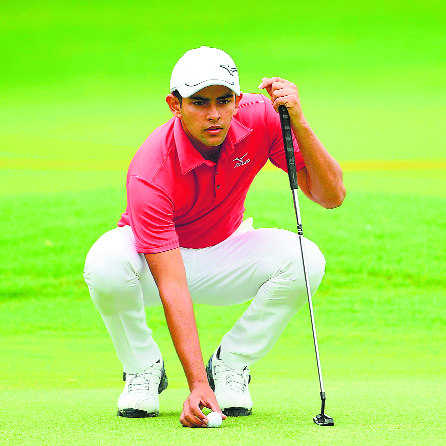 Aadil Bedi carded a 67 on the opening day of the Classic Golf & Country Club International Championship on Thursday. PgtI

Indian duo of Aadil Bedi and Aman Raj shot identical cards of 5-under 67 to be placed share the fifth spot at the end of the opening round of the Classic Golf & Country Club International Championship at Nuh, Haryana, today.

Playing in their rookie season on the Asian Tour, 18-year-old Aadil and 24-year-old Aman were just three shots behind the leader Rory Hie of Indonesia.

The other Indians in the top-10 were Chandigarh’s Abhijit Chadha, Rashid Khan, Ranjit Singh and Himmat Rai, all placed tied-8th with matching scores of 68.

City lad Aadil started off well with a 25-feet birdie conversion on the second followed by another birdie on the third. He then narrowly missed an eagle from eight feet on the ninth but managed to salvage a birdie there.

Aadil had a setback when he bogeyed the 11th after finding the bunker but he roared back with three more birdies on the 14th, 16th and 18th where he drained a couple of putts from a range of six to seven feet.

“I didn’t have any expectations when I started. It’s my fifth week in a row playing a tournament so I just tried to play my own game. I am trying to find my groove, stay in the game and follow my processes,” said Bedi.

“I have been playing this course for over 6-7 years now. I grew up playing here and have played a lot of junior and amateur golf here. So, I know the course and what challenges it presents,” he said.

“The season has been good so far. I am developing my game and have been practicing hard. It is just about time when I find the right scores,” added the budding golfer.

Viraj Madappa was among the 10 Indians occupying

tied 18th place at 69. Chikkarangappa and Ajeetesh Sandhu were a further shot back in tied 36th place, while Khalin Joshi was tied 94th after a card of 73.