CHANDIGARH: The first leg of the Junior Golf Championship will be held at the Chandigarh Golf Club here on July 6. A total of five tournaments will be organised over the next seven months as part of the club’s junior training programme. 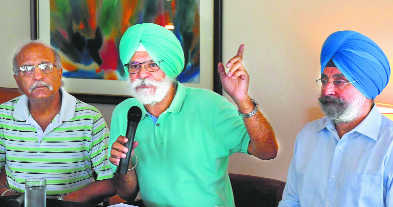 The first leg of the Junior Golf Championship will be held at the Chandigarh Golf Club here on July 6. A total of five tournaments will be organised over the next seven months as part of the club’s junior training programme.

The tournament will be open to both boys and girls, the organisers said here on Wednesday. They added that both members and non-members in the age-group of five years and above can compete in the event.

The championship will be conducted as per the Indian Golf Union rules, with the participants being divided into A, B, C, D, E and F categories.

Players competing in category E (U-9) will play only nine holes, while those in category F (U-7) are eligible to participate in the putting competition only, the organisers added.

The interested golfers can register for the event before 2 pm on July 5.

“We are conducting these five events as part of the Chandigarh Golf Club Junior Training Programme to encourage more children to get competitive experience at a reasonable cost. Entries have been received from children of all major golf facilities of the region like Panchkula Golf Club, CGA Golf Range, Mohali Golf Range, Bahadurgarh Greens Golf Club and hosts Chandigarh Golf Club etc…,” Gill said.

He further said the participants would need to a pay nominal sum of Rs 300 as entry fees. However, caddies have been exempted. “We have decided to wave off the entry fees for the local caddies,” he said.

A free golf clinic for children, parents and beginner siblings will be also organised on the sidelines of the tournament.