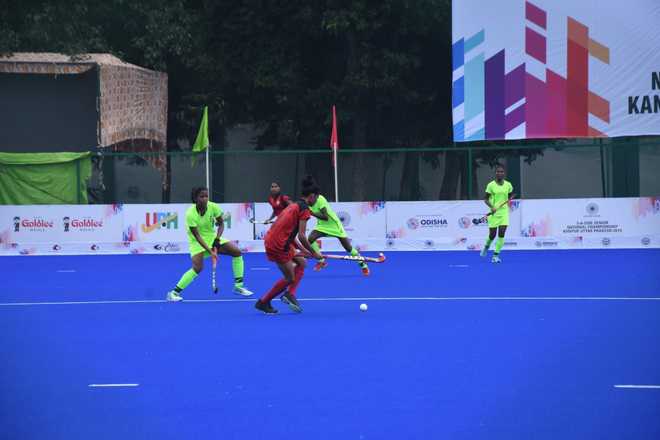 Players in action during a match of the 4th Hockey India 5-a-side Senior National Championship in Kanpur on Sunday. Tribune photo