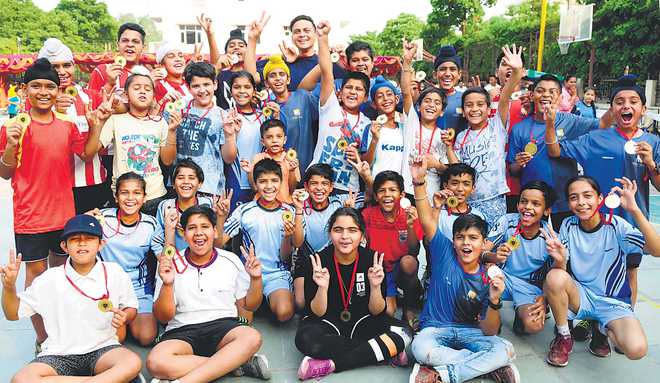 Winners of the roller hockey and skating meet in a jubilant mood during the concluding ceremony in Mohali. Tribune Photo

KBDAV claimed the first position in the boys' junior category, while Bhavan Vidyalaya and Yamunanagar Falcons claimed the second and third position.