CHANDIGARH: Sadhguru Jaggi Vasudev on Friday said the rivers of this nation are dying and an immediate public support and government commitment is needed to save them. 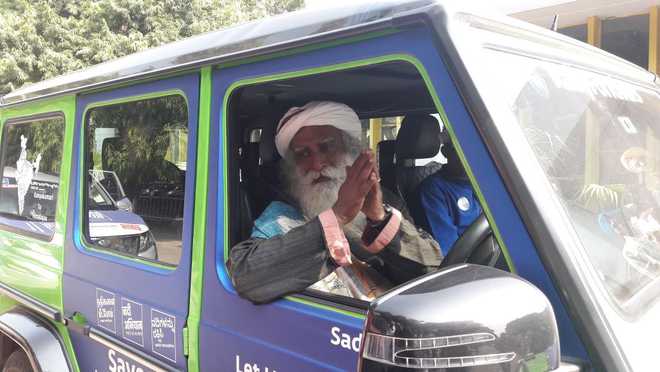 Sadhguru Jaggi Vasudev on Friday said the rivers of this nation are dying and an immediate public support and government commitment is needed to save them.

Speaking at Tagore Theatre here, Sadhguru said everyone who consumed water must contribute towards revival of rivers.

He was addressing the locals on the preservation and rejuvenation of Indian rivers as part of his Rally for Rivers campaign.

Sadhguru said the rivers must be treated as national treasure and not private property. He said it was for the first time that all

political parties had agreed on revival of rivers.

The rally that started at Coimbatore on September 3 has already passed through 13 states.

Khattar assured Sadguru of Haryana’s support. Solanki said the public awareness campaign is essential at this time as we are headed for a national water crisis.

The Punjab government and Isha Foundation have also signed an MoU for water recharging and plantation around rivers.