Rear seat passengers, wear belt or be ready to face the music : The Tribune India

Rear seat passengers, wear belt or be ready to face the music

CHANDIGARH:Driving across the city with passengers sitting on the rear seat not wearing a seat belt may soon invite a fine of Rs 1,000 as the UT traffic police are mulling over imposing a penalty on such violators. 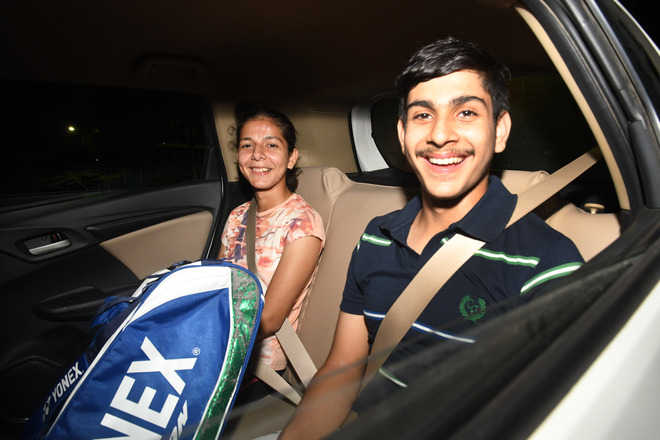 Driving across the city with passengers sitting on the rear seat not wearing a seat belt may soon invite a fine of Rs 1,000 as the UT traffic police are mulling over imposing a penalty on such violators.

The provision already exists in the Motor Vehicles (MV) Act. However, the rule was never enforced.

The fine for not wearing a seat belt while riding a vehicle has been enhanced to Rs 1,000 under the amended MV Act, which was implemented on September 1.

The UT police have never issued challans to motorists after passengers sitting on rear seats were found not  wearing a seat belt.

Even people were also not aware that the police had the power to impose a fine for the violation. In the past two days, the traffic police received several queries from people as they were not aware that the provision to issue a challan for such violation existed in the MV Act.

Shashank Anand, SSP (Traffic), said the traffic police would soon run an awareness campaign to sensitise people to the importance of wearing a seat belt even for passengers on the rear seats. “Later, the rule will be enforced,” he said.

Earlier, people never used to stress on making children wear seat belts. However, under the amended MV Act, wearing a seat belt for children aged 14 years and above has been made mandatory. The police will also issue challans if children of this age are not found wearing seat belts.

A police official said seat belts were an important safety feature just like airbags, which help in saving lives during an accident.

Seat belt must for kids aged 14 and above

As per the amended MV Act, it has been made mandatory for children aged 14 and above to wear seat belts.