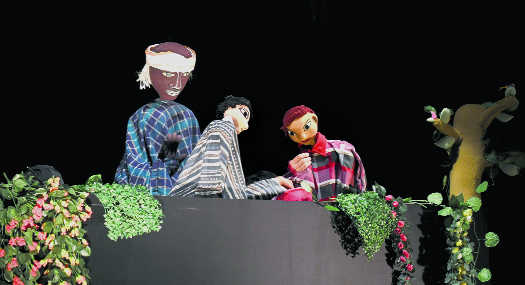 The 13th TFT Winter National Theatre Festival under way at Navrang Theatre, Bal Bhavan, presented two puppet shows much to the delight of children in the audience, here today.

In the opening puppet show of a folk epic, director Ajit Bhatt chronicled the life and achievements of 17th century Raput warrior of Nagpur Amar Singh Rathore, who as the Army General won many battles against the Muslim rulers.

Ajit Bhatt and his team displayed utmost precision in the play of strings carrying and moving puppets representing various characters which depicted how Amar Singh Rathore won the battle of Gwalior fort for Emperor Akbar and the celebrations of victory in full swing.