CHANDIGARH:Tvesa Malik shot an even-par 72 to on a day when strong winds took a toll on most of the golfers at the Prestige Golfshire in Bengaluru to take the first-round lead in the 8th leg of the Hero Women’s Pro Golf Tour on Wednesday. 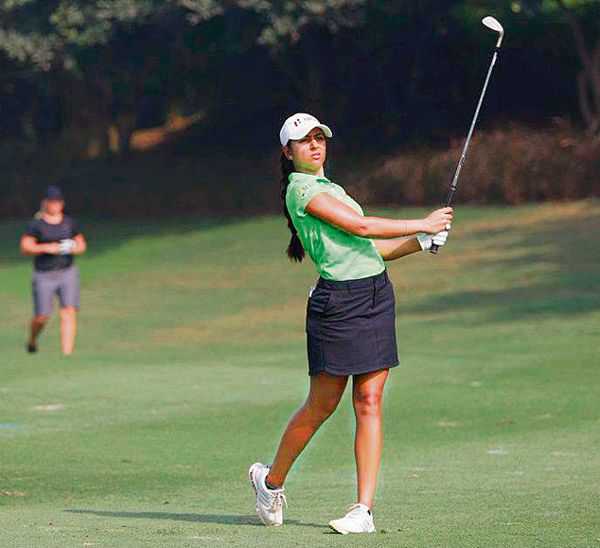 Tvesa Malik carded a 72 on the opening day of the 8th leg of the Women’s Pro Tour in Bengaluru on Wednesday. file

Tvesa Malik shot an even-par 72 to on a day when strong winds took a toll on most of the golfers at the Prestige Golfshire in Bengaluru to take the first-round lead in the 8th leg of the Hero Women’s Pro Golf Tour on Wednesday.

Tvesa, who won the third leg of the Tour, was the only one to achieve a par card, while all others went over on the opening day.

The Gurugram golfer led Millie Saroha by one shot, while Ridhima Dilawari — one of the two players to have won more than once this season — was third with a round of 74.

Khushi Khanijau was lying fourth with 75, and last week’s winner Gaurika Bishnoi was fifth after she encountered a rough back nine.

Astha Madan and amateur Sneha Sharan were tied sixth at 68 each while another amateur Asmitha Sathish shot a 79 claim the eighth spot.

Kapurthala’s Gursimar Badwal, Ananya Datar, Neha Tripathi and Siddhi Kapoor shared the 10th spot with an identical card of 80 each.

Tvesa opened with a bogey and went 2-over with another bogey on the fourth. She recovered with birdies on the fifth, 10th, 13th and the 14th, but dropped bogeys on the 11th and 15th for a card of 72.

Khushi had the most eventful round with five birdies and eight bogeys for 75.

Panchkula’s Amadeep Drall had a disastrous start as she finished with a card of 82 and was tied 19th at the end of the opening round.