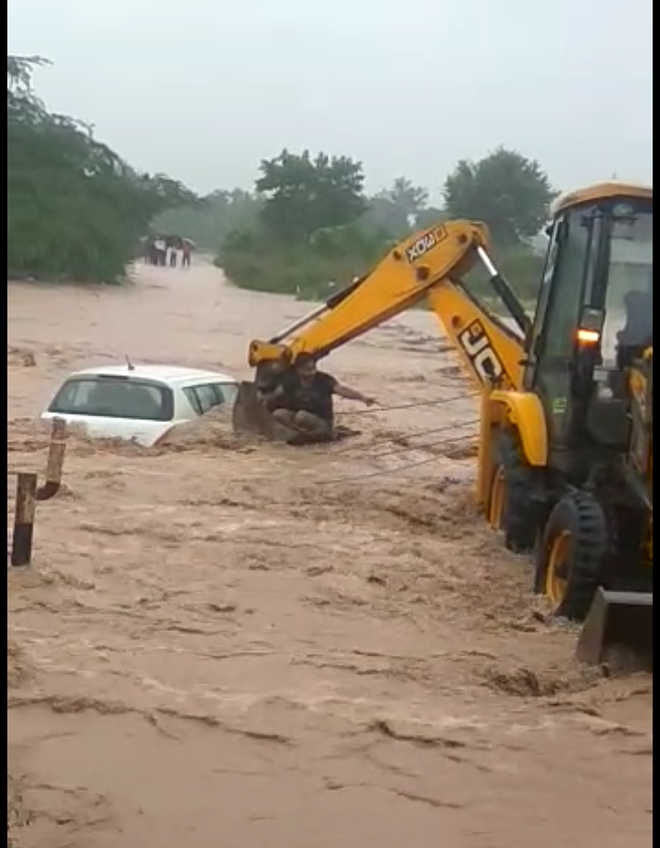 A JCB machine tries to pull out a car which got stuck in a causeway due to a rise in the Ghaggar water level at Dadu Majra village on Monday.

Rain in September has broken the record of the past four years in Chandigarh.

Citing reasons, the Met Department said the presence of a strong western disturbance, which was unusual given that it usually descended to lower latitudes around October, was one of the main factors.