Youth held on charge of sodomy 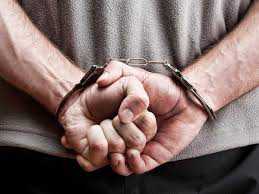 The police today booked two youths for allegedly sodomising a minor boy in Rampur Sainian village falling under the jurisdiction of the Dera Bassi police station. The police have arrested one of the suspects, while another one is still at large. The suspects belong to the same village.

Though the incident took place on November 12, the victim lodged a complaint with the police on Friday. The police got the medical examination of the victim conducted today.

Police sources said the suspects took the victim to a nearby place on the pretext of giving him a joyride on their motorbike and sodomised him. The case was registered on the complaint of the victim’s family member who reported the matter to the police.

The victim told the police that the accused subjected him to unnatural sex. Later, they threatened him not to disclose this to anyone, otherwise they would kill him. Initially, the victim did not disclose the incident to anyone. Later, he narrated everything to his family members who took him to the police station and lodged a complaint against the suspects.

The victim’s medical examination was conducted at the Civil Hospital, Dera Bassi. Samples have been sent to a lab in Kharar for further examination, said the sources.

The police have registered a case against the accused at the Dera Bassi police station.