NEW DELHI: Finance Minister Nirmala Sitharaman on Friday announced several measures to help boost the economy, including rollback of surcharge on foreign portfolio investors and making car and home loans cheaper. The decision taken in the Budget to levy enhanced surcharge had spooked the stock markets. 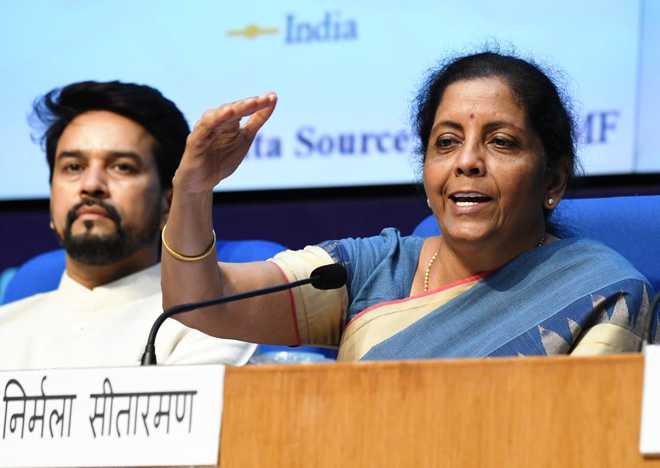 Surcharge on long and short term capital gains arising from transfer of equity shares that the central government had levied in the Budget had been withdrawn, she said.

"The pre-Budget position is restored," the minister said.

It is being done to encourage investment in the capital market, the finance minister said.

She said that banks will launch repo rate and external benchmark-linked loan products that will lead to reduced easy monthly installments for housing, vehicle and other retail loans.

The decision taken in the Budget to levy enhanced surcharge had spooked the stock markets.

Following the increase in surcharge in the Budget, the effective income tax rate for individuals with taxable income of Rs 2-5 crore went up to 39 per cent from 35.88 per cent and for those above Rs 5 crore to 42.7 per cent.

Earlier this month, capital market participants and foreign institutional investors presented a charter of demands to Sitharaman, which included rollback of surcharge on FPIs and review of dividend distribution tax.

Sitharaman further said that to mitigate genuine difficulties of startups and their investors, it has been decided to withdraw angel tax provisions for them.

A dedicated cell under a member of CBDT too will be set up for addressing the problems of startups.

She also said banks had decided to pass on RBI’s rate cuts to borrowers.

Among other measures, the finance ministry has announced that all tax notices will be issued from a centralised system to “end harassment of taxpayers”.

“All old tax notices will be decided by October 1 or will be uploaded again through the centralised system,” Sitharaman said.

Measures announced to boost flagging auto industry. BS-IV vehicles purchased up to March 2020 will remain operational for entire period of registration. Both EVs and liquid fuel driven vehicles will continue to be registered.

Govt allows additional 15% depreciation on vehicles acquired from now till March 2020. Ban on government departments lifted for purchase of vehicles to replace old ones.