SHIMLA: Taking a serious note on the issue of unauthorised parking on the roads, the HP High Court today directed the DC and SP, Shimla, to ensure that there is no parking along the main roads. 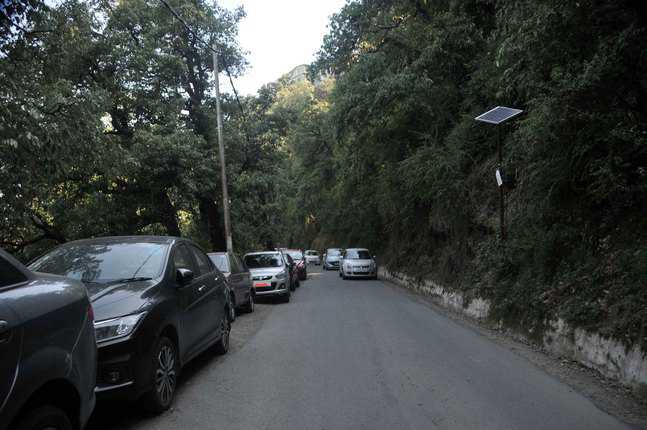 The court further directed the officers to ensure that no condemned or unserviceable vehicles are dumped in any of the main roads in Shimla town.

Taking a serious note on the issue of unauthorised parking on the roads, the HP High Court today directed the DC and SP, Shimla, to ensure that there is no parking along the main roads.

The court further directed the officers to ensure that no condemned or unserviceable vehicles are dumped in any of the main roads in Shimla town. It further clarified in its order that the same be lifted within 48 hours of the passing of the order.

The court passed this order on a contempt petition wherein it was alleged that the local administration is not obeying the orders of the court passed in public interest matters.

While passing this order, Justice Tarlok Singh Chauhan observed, “The courts can only pass directions and it is for the state and its agencies to implement the same. The instant contempt petition complains of wilful disobedience and non-compliance of directions passed by this court.”

Justice Chauhan further observed, “Even, despite repeated directions from this court, the officials have been contumacious in their conduct by persistently refusing to abide by the rule of law and the respondents so often are found to conduct themselves with gay abandon.”

The court also referred the recent incident wherein two schoolchildren died in the bus accident by observing that “Going by the recent newspaper reports, wherein it was reported that it was solely on account of there being no provision for parking of the vehicles on the road that an ill-fated accident took place at Khalini in which two schoolgirls and one HRTC driver lost their lives. Had the respondents complied with orders of the court by identifying and earmarking areas for parking, this accident could have been avoided.”

The court further directed both the officers to ensure that no vehicle without permit is permitted to ply on sealed and restricted roads.

The court further directed the officers to file their personal affidavits reflecting therein, apart from other things, as to what is the plan prepared to tackle menace of noise pollution as also improve the air quality of Shimla Town, more particularly the RSPM that has been found above the prescribed limit they will ensure that no vehicles whatsoever are parked in any of the sealed or restricted roads.