NEW DELHI: Senior Congress leader P Chidambaram has submitted in his petition in the Supreme Court that the high court''s observation that he was the "kingpin" in the INX Media case was completely baseless. 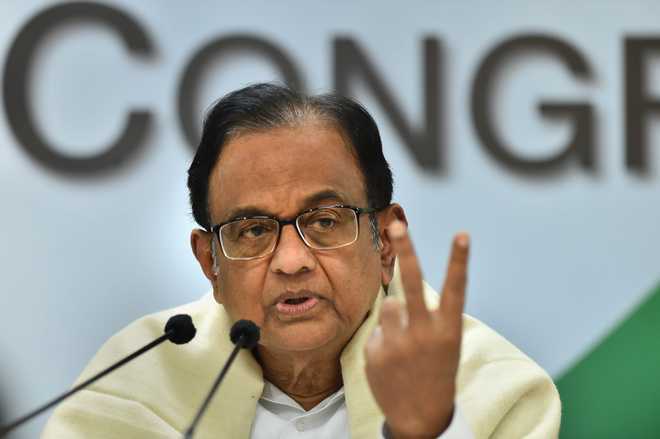 Senior Congress leader P Chidambaram has submitted in his petition in the Supreme Court that the high court's observation that he was the "kingpin" in the INX Media case was completely baseless and that the FIR was "politically motivated and an act of vendetta".

The former union minister on Wednesday filed an appeal in the Supreme Court challenging the Delhi High Court order dismissing his petition for pre-arrest bail in the INX Media case.

"The Judge's observation that the petitioner is the kingpin i.e. the key conspirator in this case is completely baseless and supported by no material whatsoever. The judge has ignored the crucial fact that the petitioner simply approved the unanimous recommendation of the Foreign Investment Promotion Board (FIPB) which was chaired by Secretary, Economic Affairs and consisted of five other Secretaries to the Government of India," he said in the petition.

Chidambaram said observations of the high court that the magnitude of the case justifies denial of bail is manifestly "illegal and unjust".

Approval was granted for an original investment and the downstream investment.

"Both investment proposals were examined and processed in the normal course and placed before the FIPB. It was FIPB which recommended grant of approval and the petitioner simply approved the recommendation. None of the FIPB members have been attempted to be arrested," he said.

Contending that his antecedents are "impeccable", Chidambaram said he is a sitting Member of the Rajya Sabha and has never been accused of any offence.

"There is no possibility of his fleeing from justice. Further, it is the case of the petitioner that despite having cooperated fully with the investigation the object of seeking his arrest is only to humiliate him and injure his reputation," the plea submitted. —PTI