NEW DELHI: The Supreme Court on Thursday ordered Patiala Jail superintendent to get Muzaffarpur shelter home sex abuse case’s prime accused Brajesh Thakur medically examined after his children alleged that he was being tortured in jail. 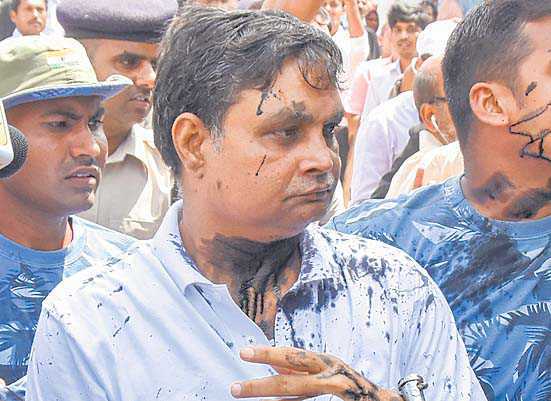 The Supreme Court on Thursday ordered Patiala Jail superintendent to get Muzaffarpur shelter home sex abuse case’s prime accused Brajesh Thakur medically examined after his children alleged that he was being tortured in jail.

“Keeping in view the allegations made in the letter, we direct the Superintendent of the Central Jail, Patiala, to produce Mr Brajesh Kumar Thakur before the Medical Superintendent, Rajindra Hospital, Patiala at 4 pm today. We also direct that the Chief Judicial Magistrate or any other Judicial Magistrate authorised by him to be present in the hospital,” a Bench headed by Justice Madan B Lokur ordered.

“The Medical Superintendent, Rajindra Hospital, Patiala shall constitute a medical board who shall examine Mr Brajesh Kumar Thakur and submit a report to this court by Monday, 10th December,” the Bench said.

The order came after senior counsel Vikas Singh placed before the Bench a letter dated December 6 purportedly written by Nikita Anand and Rahul Anand – children of Thakur, who was transferred to Patiala Central Jail on the top court’s order.

The letter alleged that Thakur was being tortured physically and mentally in Patiala Jail.

The Supreme Court had on October 30 ordered shifting of Muzaffarpur shelter home sex abuse case main accused Brajesh Thakur from Bhagalpur jail in Bihar to high security prison in Patiala following allegations that he was an influential person who was using mobile phones in jail.

The alleged sexual exploitation of the girls was first highlighted in an audit report submitted by the Tata Institute of Social Sciences (TISS) to the state’s social welfare department.

The sexual abuse of 34 of the 42 inmates was confirmed after medical examination. According to TISS audit report, many girls at the shelter home had complained of sexual abuse.

An FIR was lodged against 11 people, including Thakur, on May 31. The probe was later handed over to the CBI.

On November 28, the top court had ordered CBI probe into 16 more cases of shelter home abuse in Bihar.

Originally, the top court had taken cognisance of the matter after receiving a letter from one Ranvijay Kumar, who had expressed concern that the alleged victims were subjected to media interviews.