One of the most remarkable developments in recent decades has been the rise of China, spearheaded since 1978 by the visionary leadership and economic reforms of Deng Xiaoping. 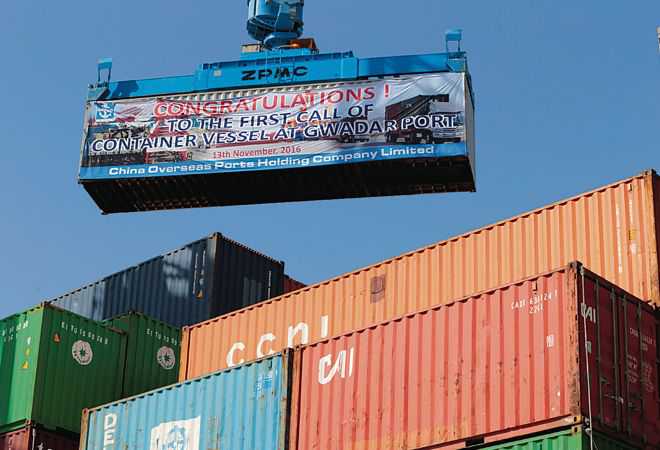 Raw deal: The terms of interest and repayment are far less generous than the aid provided by institutions like World Bank and Asian Development Bank.

One of the most remarkable developments in recent decades has been the rise of China, spearheaded since 1978 by the visionary leadership and economic reforms of Deng Xiaoping. China registered the highest rate of economic growth in history, growing at an average rate of 9.5% annually, for over three decades. This followed the earlier rise of Japan between 1950 and 1989, with an average growth rate of 6.7%. Deng transformed a country crippled by centralised planning and state control of industries into a more decentralised economy, with increasing involvement of private initiative. This era saw market reforms leading to a surge in exports, with China emerging as the largest exporter in the world. China’s private sector today controls around 80% of its industry and virtually the entire agricultural sector. State farms today employ barely 1% of agricultural labour. There are 658 billionaires in China, which is ruled by a ‘Communist’ party, as against 584 in the US, ruled by Trump’s right-wing Republican Party.

President Xi Jinping has emerged as China’s unquestioned leader, seeking to match Xiaoping. Among Xi’s ‘mantras’ to achieve his ambitions is the now famous Belt and Road (OBOR) project, involving the use of Chinese construction companies, which have huge surplus capacities. These companies did a stupendous job in China over the past three decades and have surplus capacity, including labour and machinery, arising from the relatively small number of projects yet to be undertaken. The Belt and Road Initiative is not only involved in building roads and bridges, but also railways, ports, dams, power stations and other infrastructure across 68 countries, spanning Asia, Africa and Europe. Estimates of total investments envisaged for these projects vary from $1 trillion to $1.3 trillion. The primary focus is on the Eurasian landmass.

The main source of concern in India, however, pertains to Chinese projects across the Indian Ocean. While the OBOR focuses primarily on the construction of roads, bridges, electrical power projects and dams, the terms for such assistance are opaque. Relatively small attention is paid to developing indigenous skills and capacities for operations and maintenance. The terms of interest and repayment are far less generous than the vastly concessional assistance provided by institutions like World Bank and Asian Development Bank, or bilaterally by countries like Japan and Germany. The net result of this ‘generosity’ is that a number of developing countries, beguiled by Chinese protestations of altruistic assistance, soon find themselves handing over substantial tracts of territory and natural resources to the Chinese, with little development of indigenous expertise.

India’s western Indian Ocean neighbourhood remains a primary source of concern about Chinese intentions. Using its aid as leverage, China has secured its first military base in the East African Port of Djibouti. China has, in turn, undertaken work on port facilities, construction of two airports and a rail line from Djibouti across landlocked Ethiopia. In neighbouring Kenya, China’s involvement in the strategic port of Mombasa and construction of a rail line, linking the port to the capital Nairobi, have also raised eyebrows internationally. There are growing apprehensions in Kenya that it would soon be unable to repay and be forced to make ‘concessions’ on the management and use of the port. China is the largest lender to Kenya, with debt liabilities reportedly amounting to about $42 billion

Reckless spending by the government of former President Abdulla Yameen in the Maldives has resulted in the country acquiring a debt of $3 billion on account of the usual Chinese infrastructure mix of roads, bridges, airports and housing. The newly elected government of President Ibrahim Solih has been more circumspect about such projects. Sri Lanka, too, when unable to repay its debts, was forced to concede substantial control of the Hambantota Port, with a 99-year lease to China. It was also compelled to allow Chinese N-submarines to berth in Colombo.

Pakistan and Myanmar are inevitably going to experience similar dilemmas. The $62 billion CPEC involves road, rail, mining, port, power sector and agricultural projects, under conditions not known even to parliamentary committees and the country’s Central Bank. With its foreign exchange reserves dwindling and its pleas for an IMF bailout dependent on the goodwill of the US and its allies, Pakistan is faced with very difficult choices on economic management and its backing for groups like the Taliban and the JeM.

Apart from developing and virtually taking over the Gwadar Port, China is set to build up Pakistan’s navy with the supply of four ‘most advanced’ warships and eight submarines by 2028. At the same time, an isolated Myanmar faces virtual Chinese blackmail to accept Beijing’s ‘aid’ to build a highly unpopular and ecologically dangerous hydroelectric project in the face of strong public protest. This will be part of a Chinese economic corridor linking its Yunnan province with Myanmar’s Kyaukpyu Port.

The OBOR project has multiple aims. India cannot, however, overlook the fact that it is geared to establish Chinese domination of vital lanes of communication and oil supplies in the Indian Ocean. Responding to India’s concerns voiced over two decades ago, a Chinese admiral arrogantly remarked: ‘The Indian Ocean is not India’s Ocean.’ China’s designs have serious implications for the maritime security of not only India, but also several partner states, ranging from the US and Japan to Indonesia, Malaysia, Vietnam and South Korea.