MOHALI: The Ministry of Defence (MoD) has issued orders to the Air Force to create additional posts of Air Traffic Control (ATC) personnel at the Chandigarh airbase to enable the recently commissioned Chandigarh International Airport to operate long-haul international flights. 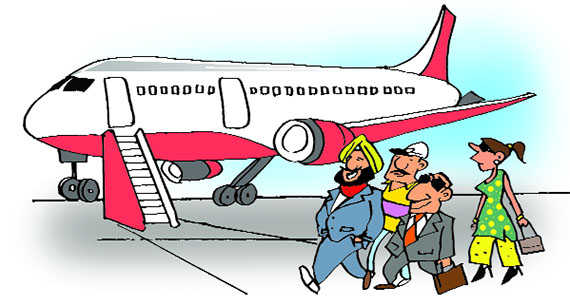 The Ministry of Defence (MoD) has issued orders to the Air Force to create additional posts of Air Traffic Control (ATC) personnel at the Chandigarh airbase to enable the recently commissioned Chandigarh International Airport to operate long-haul international flights. This is a step closer towards conducting 24x7 operations from this airport, an issue that has been embroiled in controversy and pending adjudication before the Punjab and Haryana High Court.

“The orders were recently received by the Air Headquarters and further process for posting additional air traffic controllers is under way,” said a senior Air Force officer. “We expect to have the manpower required in place by March 2019, when the airport upgrade will be completed for round-the-clock flights,” he added.

The runway and associated services at Chandigarh airport, which is basically a Defence establishment, belong to the Air Force and these are also used by civilian flights. Last year, the Air Force had initiated a major project to lengthen and strengthen the runway and install advanced landing aids to enable wide-bodied aircraft to operate from here.

Since the ATC was staffed in accordance with the IAF’s operational requirements and domestic civilian traffic was relatively low earlier, a case was taken up with the MoD to deploy more air traffic controllers here, so the airport watch hours could be increased for catering to the growing number of international flights, a large number of which operate at night.

While heavy military aircraft, such as IL-76, C-17 and the occasionally visiting AN-124, have been operating from Chandigarh for years, the earlier runway length of 9,000 feet was not considered enough for large civilian aircraft like Boeing 747, Boeing 777 or Airbus 340 and 380. The runway length after expansion would be 12,400 feet.

“We expect the number of domestic civilian flights to double by next year when the upgraded runway and navigational aids become fully functional,” said Deepesh

While the Air Force is installing a new runway lighting system, the AAI is simultaneously installing a Category-III Instrument Landing System that would improve visibility from the existing 1,200 metre to 500 metre in bad weather.

“Work is also under way to increase the parking capacity on the airport’s apron from eight aircraft to 13 aircraft. Five new parking bays are under construction,” Joshi said, adding that another conveyor belt to handle passengers’ luggage is being installed. Two belts are meant for international flights while three are for domestic flights.

Joshi said while the airport would be fully readied to handle international operations to and from any city in the world, it would finally be up to the airlines to come up with new flights.