KARNAL: The civil hospital here will soon have video-conferencing facility for recording the statement of medical experts in courts. 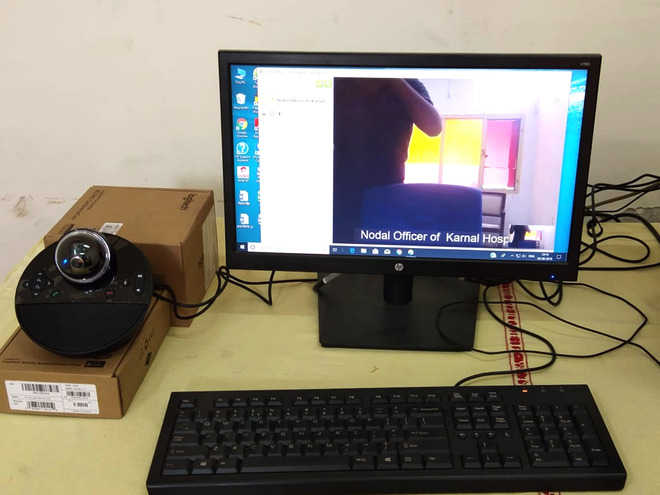 The civil hospital here will soon have video-conferencing facility for recording the statement of medical experts in courts.

This digital initiative has been taken on the directions of the Punjab and Haryana High Court.

As per the authorities, it will save precious hours of the doctors at the understaffed hospital and will reduce the burden on the exchequer. Around 4-5 doctors remain in the court to give their statement due to which the patients at the hospital suffer.

“We have dedicated a room on the first floor of the trauma centre for video-conferencing. We have purchased a computer and other equipment with the help of Haryana State Electronics Development Corporation Limited (Hartron), a state-owned enterprise,” said Dr Virender Yadav, Principal Medical Officer (PMO), Civil Hospital.

Doctors have to give their statement in accident cases, burn and murder cases, he said, adding that a case in which a doctor’s testimony is required would be done through video-conferencing and it would save time and money.

Will save precious time