IMRAN KHAN has often admitted to his teams in the hospital and the university he has established that his forte did not lie in management, but in attracting funds. He has the sort of face that launches a thousand cheques. 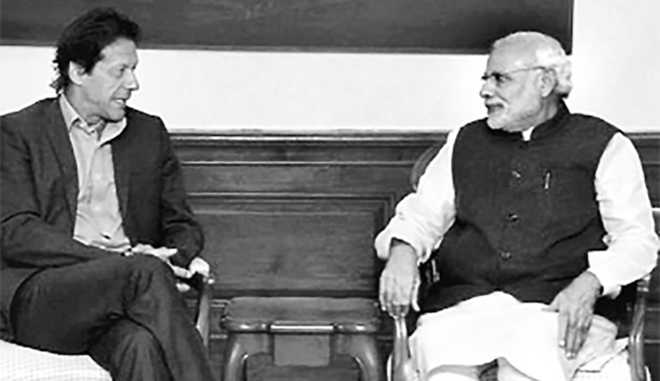 IMRAN KHAN has often admitted to his teams in the hospital and the university he has established that his forte did not lie in management, but in attracting funds. He has the sort of face that launches a thousand cheques.

It should not come as a surprise, therefore, that after his meeting with Crown Prince Mohammed Bin Salman during the ‘Davos in the Desert’ jamboree, he should have charmed MBS into committing $6 billion to shore up Pakistan’s sinking economy.

Considering that the Saudis would be in need of funds themselves, it is an act of extraordinary largesse. It is almost akin to the insolvent millionaire paying off an impecunious beggar so that he alone could garner God’s undivided attention.

One does not need a microscope to analyse the molecular structure of the $6 billion. One half — $3 billion — is to be given in cash but not for spending. Like the funds ‘lent’ earlier by the Chinese government, it is for window-dressing purposes only. The other $3 billion is in oil to be supplied on concessional terms and to be paid for sometime in the future. In effect, the money is being transferred from one state coffer to another, and the oil will be pumped from reserves below the sand to storage above the ground.

This borrowed feather in Imran Khan’s cap will reinforce his conviction that only he can do what his ministers talk about. He is again the all-rounder who can — when it matters — turn the match around.

Pakistan’s reliance on China and Saudi Arabia as its friends in the last resort has lulled many a previous government into believing that the patience of both is unlimited. Over the years, the Saudis and the Chinese have greeted successive Pakistani leaders with flattering, seductive attention. And each leader, on stepping down, has been made to realise that it was his post not his person that was the target of such focused pleasantries. Perhaps the only persons who had a life after life were ex-president Idi Amin of Uganda who retired in Saudi Arabia and former US president Richard Nixon who was invited back to China as if Watergate had never occurred.

In time PM Imran Khan will learn that same bitter lesson. For the moment, though, he feels there is no problem that he cannot solve and no issue that he cannot resolve. However, one that will demand his attention soon enough is his country’s relations with India, or more specifically his own government’s interlocution with PM Modi’s BJP government. It would take an inveterate optimist to expect any productive contact between the two countries before May 2019. Pakistan has nothing to offer before that. India will want nothing from Pakistan after that.

There are some who contend that the BJP government is suffering from incumbency fatigue. Others (even within Congress) believe that the Congress party has reconciled itself to one if not two terms more in the Opposition. That is what makes it vitally important for both Modi and Imran to be seen to be talking to each other. Merely meeting is not enough. There is a precedent both should avoid.

In the tense November of 1971, Indira Gandhi met President Richard Nixon in the White House. Each spoke without hearing what the other had to say. Eventually, Dr Kissinger had to intervene in what he later described as the ‘dialogue of the deaf.’

The events of that fateful year should be warning enough to both leaders that even the deaf can communicate. Silence is never a solution.  — The writer is a Pakistan-based historian