CHANDIGARH: Night travellers to Delhi will soon have another option to fly to the Capital. In a first for the Chandigarh international airport, a late night civilian flight is being launched by a private operator that will touch down in New Delhi a little after midnight. 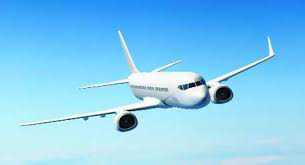 Night travellers to Delhi will soon have another option to fly to the Capital. In a first for the Chandigarh international airport, a late night civilian flight is being launched by a private operator that will touch down in New Delhi a little after midnight. The return leg of this circuit will offer a second flight to Ahmedabad for city residents.

Airport sources said a GoAir flight was being started from October 5 that would arrive here from Ahmedabad at 10.10 pm and depart for New Delhi at 10.50 pm. Its scheduled arrival at Delhi was 12.20 am. An Airbus A-320 would be used on this flight.

On the return leg, the aircraft would arrive here from Delhi at 11.10 am and proceed to Ahmedabad at 11.50 am. The other flight to Ahmedabad is also being operated by GoAir. “As of now, there are four flights operating from Chandigarh after sunset, but this is for the first time that a flight operating at such late hours is commencing,” an airport official said. The other evening flights, two each to Delhi and Mumbai, take off before 8 pm.

Sources said there were proposals from various airlines for starting more flights to and from Chandigarh, but things were yet to be firmed up. Since being converted into an international airport with a new terminal, Chandigarh has been witnessing a steady increase in civilian air traffic, with an average of 33 landings and 33 take-offs daily. According to the AAI, between April 2019 and July 2019, Chandigarh handled 5,621 commercial aircraft movements as compared to 4,882 for the same period last year, representing a 15 per cent increase.