THE National Judicial Appointments Commission (NJAC) has been overturned by an outrageous and arrogant judgement of the Supreme Court. 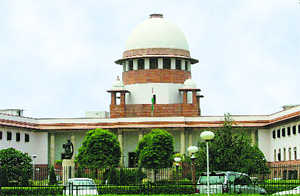 THE National Judicial Appointments Commission (NJAC) has been overturned by an outrageous and arrogant judgement of the Supreme Court. The unanimous will of the Parliament, half the state legislatures and the will of the people for transparency in judicial appointments, which have so far been shrouded in secrecy, has been set aside on the premise that our electorate isn't mature enough and that the Supreme Court is the ultimate interpreter of what constitutes the basic structure of the Constitution. Such a view by the Supreme  Court is an insult to the electorate which has, since Independence, shown remarkable maturity during elections in overthrowing the irresponsible governments.

What is the way forward? Should the Government press for the NJAC or should the collegium system be allowed to continue as before?  Whatever the case, a reversion to the collegium system could be disastrous. Justice J Chelameswar, writing a dissenting verdict, held that ever-rising pendency of cases warranted a “comprehensive reform of the system” and upheld the validity of the constitutional amendment. Differing with the majority, he said that primacy of the CJI is not a basic structure of the Constitution and judiciary's power over appointments was “not the only means for the establishment of an independent and efficient judiciary.” Criticising the collegium system, Justice Chelameswar said that “proceedings of the collegium were absolutely opaque and inaccessible both to public and history, barring occasional leaks”. Nowhere in the world a judiciary appoints its own brethren, yet it happens in India. Except for higher judiciary, every public office in India right from the clerk to that of  President of  India  requires a screening test. Even politicians are made to undergo the rigours of elections by the Election Commission. The cure doesn't lie in restoring the balance in favour of the executive, but to put in a system which is objective and transparent. It is against this requirement that the argument for introduction of the All-India Judicial Services (AIJS ) assumes significance. The more-than-five-decades-old demand has always been shelved on account of vested interests masquerading as independence of the judiciary or maintenance of the Federal structure. To object to the formation of AIJS, ostensibly judicial independence was espoused. In reality, it was the desire of the judiciary to perpetuate nepotism and favouritism. The proposal to establish a National Judicial Service is envisaged in Article 312 of the Constitution was never given the serious examination that it deserves and never implemented. Experience has shown that good lawyers needn't be good judges. Similarly, good judges weren't great lawyers before they became judges. The process of selecting a good judge is a difficult job and cannot be left to the wisdom of a few persons (collegium) however sagacious they may be. This is more relevant in a diverse country like India, where considerations of caste, community, region and religion dominate the mindset of many, including the educated and the elite.

A system needs to be put in place. A Constitutional body like the Union Public Service Commission needs to be established to conduct an examination for the recruitment of candidates for AIJS, on the pattern of IAS/IPS who could be allotted specific state cadres. These AIJS officers could start their career as additional district judges and  eventually rise to become judges of the High Courts and the Supreme Court.  AIJS will be able to attract the best of talent in the country. Legal education and the legal profession will attract youngsters. As against a nebulous accountability and complete lack of transparency in the functioning of the judiciary,  AIJS will result in professional, well-trained and disciplined cadre of judicial officers.

If you look at the list of various high court and Supreme Court judges who have been appointed over the last couple of decades,  it indicates that mostly elite have been nominated to be appointed as judges.

People have a right to know the criteria adopted for the selection.  The higher judiciary should reflect the social reality and diversity of the country to be able to understand the complex problems associated with women and minorities. It can only happen if a neutral and impartial system of recruitment such as AIJS is put in place. Nobody need have a say — neither the judiciary nor the political executive. Let it be open only to an impartial, neutral and a constitutional mechanism.

The views are personal. The writer, a retired IAS officer, is a former Vice Chancellor of Osmania University & a state Sahitya Akademi awardee.