The social ill of female foeticide can’t be remedied by a bureaucratic pill of target oriented arrests and prosecutions under the PCPNDT Act. The reason behind adverse sex ratio is the pitiable status of women in our society 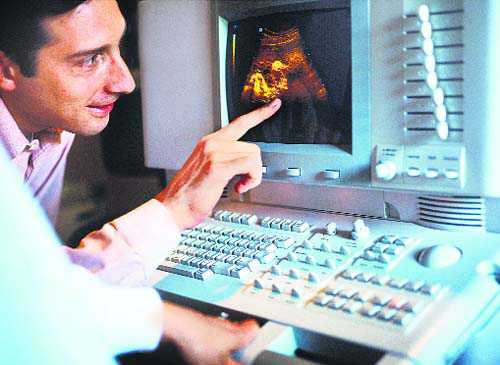 Antenatal diagnosis of low lying placenta using ultrasound is the single most important reason for the fall in maternal mortality. The control of ultrasonography through the PCPNDT Act and the harassment of doctors under the act have not produced effective results in improving the sex ratio. Photo: thinkstock

This is not good news for PCPNDT Act, and on a broader level, for saving the girl child whose life is endangered right in the womb by her own family members. A doctor in Saffidon, Haryana,  was shot dead for asking identity proof of the pregnant woman before conducting the scan. He was trying to comply with the mandate of the Act, which irritated the family members of the woman, who thought the doctor was prying on her privacy. In another case, a victim of PCPNDT Act, a female doctor consumed poison in the court room in Rampura, Punjab. Last month, in Haryana, all the ultrasound centres shut down their labs for a day, in protest against the high- handedness of the Appropriate Authority ( often, the chief medical officer) and other enforcing agencies  imposing the Act. Their common grouse is, doctors are arrested and made out to be the culprits for the clerical errors committed in filling up of the ‘Form F’, either by the semi-literate clients or the assisting staff at the ultrasound clinics.

The Pre-Natal Diagnostic Techniques Act was passed on September 20, 1994, to ban the sex determination, which leads to the elimination of female foetus due to several socio- cultural factors. By section 3 of the Prenatal Diagnostic Techniques Act 2002, the nomenclature of the act was amended and now it stands as The Pre-Conception and Pre Natal Diagnostic Techniques Act. The rules had to be framed to implement the Act by respective governments. The Act clearly contains that the rules shall be implemented under the act and no material change in the act shall be undertaken without approval, as amendment of act, to be passed by both houses of parliament.  But over-enthusiastic authorities, impatient to fulfill their targets, have been affecting material changes in the act in the name of rules; thereby bypassing the two houses of parliament.

The abuse of absolute power

In PNDT act Appropriate Authority has vast powers; almost similar to the ones the authorities possessed in the draconian TADA act. Absolute and unguided powers are also likely to be misused, especially in the circumstances where senior authorities and even states are fighting amongst themselves to meet targets of actions against the scan centres, instead of focusing on ways to save the girl child.

Simple errors such as blank columns, not putting complete signatures, faint copy of ID proof of pregnant woman, improper referral slip/ prescription of doctor who advised antenatal scan, not having the latest copy of PNDT act etc., have been forming sound grounds for initiating criminal prosecution of the scan centre owners. Doctors are routinely prosecuted for incomplete filling of ‘Form F’, of not displaying copy of the PCPNDT Act, not displaying notice in right size or colour. Clerical errors are not synonymous with sex determination. In a zeal to get into the good books of the higher ups, the appropriate authorities often target the innocent doctors and book them or seal their ultra sound machines on whimsical grounds. At times, size and design of the display boards have become grounds for arrest. How can a different colour or slightly different size of display board encourage female foeticide or sex selection?  How is it possible that with such a large paraphernalia at the command of the government authorities, they do not know who the real culprits are behind the depleting sex ratio?

A doctor's focus during an ultrasonography has to predominantly be on ruling out congenital malformations and other abnormalities which could affect mother and the baby. Harassment of doctors doing obstetric ultrasound will dissuade youngsters from entering this branch of medicine. As such, in the case of Dr. K.L. Sehgal vs Office Of District Appropriate Authority, Delhi High Court had categorically directed the government to amend the act, if they wanted to change the definition of sonologist. Section 2(g) of the PCPNDT Act states, the definition of sonologist is, any MBBS qualified doctor qualifies to be a sonologist. Despite the above cited judgment of Delhi High court, the government again changed the definition of sonologist, merely by changing rules and without amending the Act. The latest notification bars even the sonologists having 10 to 25 years of experience in sonography to stop conducting ultrasounds after 01.01.2017. The existing sonologists will have to clear a competency test or avail fresh 6 months of training. By bringing in this notification, how is the female foeticide going to get affected? Government doesn’t have the answer. Will an extra 6 months of training in ultrasound be recognised as specialisation by the Medical Council of India? Even MCI is clueless. Applications filed under RTI Act have failed to get clear answer from the MCI and the Government of India.

The formats used by the government for evaluating performance of various states in the implementation of the act reflect that hitherto government has been adopting target oriented approach, that is, the number of scan centres closed, number of registrations suspended, number of new court cases lodged etc. The conviction rates have been very low, as cases are being filed on very flimsy grounds that do not stand the test of law. This further creates an impression that the government is protecting the culprits of female foeticide, the truth is, it is targeting the wrong persons to meet its targets.

Even Maharashtra joined the sonologists of Haryana for one day token strike to protest against the faulty implementation of the act as well as to demand amendments in the act. Sharing the anguish, the call was widely supported by most of the state chapters of Indian Medical Association. In a way radiologists and sonologists, doing ultrasound scans of pregnant women and other life-threatening emergencies are daily risking their lives, liberty and careers.

Instances abound wherein a centre was raided thrice on the basis of vague complaint. In all the three raids, including the one episode when the records of the centre were seized, the doctor came out scot-free. Yet, succumbing under the pressure of the complainant, because of the seriousness of the Act, the custodians of law cancelled the registration of the scan centre on the basis of hearsay. Later, a criminal case was also lodged against the victimised doctor under the PNDT act. After 4-5 years of protracted litigation and harassment of the doctor in the trial court, the authorities, when asked about the date of the offence, identity of the woman whose foetus’ sex determination was the basis of the criminal complaint etc; the authorities were clueless. The complainant did not turn up after repeated summons. Even the advisory committee was used as rubber stamp in the said case to endorse the views of the then appropriate authority. The same advisory committee when confronted with the real facts, voted against the verdict of appropriate authority. The doctor got justice in the court; but the years lost, lack of credibility of his profession and harassment endured do not find any compensation.

Ultrasound is an indispensable medical tool just like stethoscope without which no doctor or hospital can work. Antenatal diagnosis of low lying placenta using ultrasound is the single most important reason for the fall in maternal mortality witnessed in the last few decades. The control of ultrasonography through the PCPNDT Act and the harassment of doctors under the act have not resulted in decrease in sex ratio in the last two decades it has been in existence. Doctors working in independent small and medium healthcare establishments, without any government subsidy or support were largely independent of bureaucratic interference. The PCPNDT Act is now used as a tool to keep these medical professionals under surveillance. But the true intent behind the act seems to have been lost somewhere. Focus should have been to check the urge for female foeticide by ensuring safety and better status of girls in society, the focus, instead, has been shifted on the number of doctors framed under the act. Having power to seal the U/s machines, the authorities (sometimes at the behest of their political masters) use this power liberally to browbeat already compliant doctors into further submission.

There is no dispute that those indulging in sex selective abortions should be prosecuted to full extent of law. The fact is, clinics registered under the PCPNDT Act ,already complying with the rules, are made scapegoats. Second hand ultrasound machines purchased from grey markets and handheld Chinese ultrasound machines used by fly-by-night operators, who are mostly unqualified, have the monopoly on sex determination in most states, and these are nowhere under the radar of the authorities. With easy availability of over the counter abortion pills, well-advertised on TV, the role of qualified doctors in this crime against humanity is nearly non-existent.

Government needs to take serious steps towards curbing over- the- counter sale of MTP pills, unauthorised practice by quacks/ midwives etc. It is not foeticide alone, but infanticide as well that is disturbing the sex ratio. Need of the hour is to bring a change in PNDT Act and make it compulsory for all pregnant women to get a scan at the government hospital for sex determination of foetus and every female foetus thus detected must be followed up till delivery and 1 year thereafter to rule out both foeticide and infanticide. Let the onus to save the girl child be on the parents and society because female feticide is basically a social problem rather than a medical one. The recent move initiated by Maneka Gandhi, Union Minister for Women and Child Development aimed at changing the mindset of society and dumping the over-jealous and over-enthusiastic booking of doctors under PNDT Act for minor clerical errors in record keeping etc. has evoked positive response from  Indian Medical Association.

She said that the government’s Beti Bachao, Beti Padhao (BBBP) scheme will be based on strong system of incentives for those having daughters and media based campaigns will be aimed at all round change in the attitude of society towards girls. She maintained that the “attack –gynaecologist”,  “attack Sonologist” approach thus-far adopted by the government has done little. The stand of IMA all through these years stood vindicated.

If, for the last two decades, the government had banned transfer of ancestral property to males, the male/female ratio would have reversed instantly and forever. A social ill cannot be remedied by a bureaucratic pill. The reason for adverse sex ratio is not sex determination through ultrasound alone but the pitiable status of women in our society. Without correcting the status we give to our women, no method will succeed in reversing the sex ratio.