In India, we have a quixotic approach to public issues. President Pranab Mukherjee releases Rs 10 coins at the inauguration of the 150th anniversary celebrations of the Allahabad High Court. PTI

In India, we have a quixotic approach to public issues. Questions of lapses in political and judicial matters as well as policy are put to the public to answer. It’s almost as if the responsibilities for these lapses are the public’s, rather than that of the executive and judiciary heads. I was struck by this after reading the reports in the Press on the 150th anniversary celebrations of the Allahabad High Court. President Pranab Mukherjee expressed concern at the huge pendency in the courts. He regretted that out of 1,050 posts of judge sanctioned, only “591 named had been appointed.” In fact, this situation had been anticipated long back. The remedy lay in the hands of the executive and the judiciary alone. As far back in the All-India Judges’ Association case, the Supreme Court in its judgment of March 21, 2002, on a comparative assessment of the position in other countries, directed that there should be 50 judges for a population of 1 million in the country.

Based on the population, as per Census 2011 and the sanctioned strength of judges in the Supreme Court and high courts (as on February 29. 2016), and the sanctioned strength of judges/judicial officers of the district and subordinate courts ( as on December 31, 2015), the judge-population ratio in the country works out to be 17.72 judges / judicial officers per 1 million population. But the execution of its judgment shows laxity on the part of both the executive and the judiciary.

Because the high court posts were not filled, arrears kept on mounting notwithstanding that the high court judges had disposed of cases far in excess of the norms laid down.

In fact, a sample study was done on these lines long time back in 1973 by Justice D.S. Tewatia of the Punjab and Haryana High Court (who retired as the Chief Justice of the Calcutta High Court in 1986). His study showed that if over a period there had been full strength of judges in the high court, there would have been no arrears. I have no doubt that a study done on these lines would have come to the same conclusion in other high courts as well.

A further fillip to this policy was given by Justice AD Desai of the Supreme Court (as Chairperson of the Law Commission). He had recommended that if no regular appointment has been sanctioned when a sitting judge retires, then he should continue as an ad hoc judge, till a regular vacancy is filled.

Lately, a fatal blow to quick appointments has been struck by persisting with the self-inflicted-wound policy of appointments from outside the state, thus breaking the mutual understanding and regard forged by working together for a long time in the same court – thus helping to smoothen the relations between the Chief Justice and the judges and functioning as a team. It is disheartening that the heads of the executive and the judiciary insist on continuing this practice, which I believe is one of the greatest of hindrances in making quick appointments, leading to adverse criticism from the Bar and the public.

The local Chief Justice has also the advantage and felicity of seeking the views of senior members of the Bar on some controversial administrative matters. I know of delicate instances where the matter was smoothly sorted out with the Bar. Let us not forget that the high court is not doing only the judicial work, unlike the Supreme Court where the CJI has only to oversee judicial work, but also dealing daily with complicated administrative matters which require the cooperation of senior colleagues. No outside Chief Justice can generate that automatic understanding and reciprocity from his colleagues.

Now with the reiteration by the Supreme Court in restoring the supremacy of collegiums in appointments there is no reason to delay making further appointment to await the finalisation of the Memorandum of Procedure which has a procedural function. The Supreme Court can proceed by accepting the non-controversial suggestion given by all Bar associations, namely , “that before finalising the appointments, the views of the Bar associations be obtained”. The same suggestion was also placed before the Supreme Court by some of retired Supreme Court judges and retired Chief Justices of the high courts,   including that of the Allahabad High Court. This will be an apt response to the 150th anniversary celebrations held at Allahabad.

The present CJI is not in favour of post-retirement appointments. I would, instead, suggest that the government raise the age of retirement of high court and Supreme Court judges to at least 68, (if not 70 which it has done for civil servants in some of the quasi-judicial bodies like the Competition Commission). This will also dispel the suggestion (which in most of the cases is unfair) that because of post-retirement allurements, judicial independence is affected. The suggestion by the CJI to declare Saturday as a working day is inapposite. This tradition goes back over decades in all the high courts and has a rationale – any conscientious judge uses this day to update the arrears so that he can enjoy at least a day to meet some family obligations. Why not reduce summer vacations in the Supreme Court to four weeks like in the high courts? These suggestions require urgent action to ensure the smooth working of our judicial system, the strongest pillar of democracy.

The writer is a retired Chief Justice of the Delhi High Court. 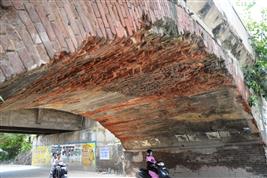