Funds needed for protection of witnesses

THE Supreme Court in Swaran Singh (2000) has rightly observed that witnesses are shabbily treated in India with no facilities extended to them. Justice Sikri termed their condition as ''pathetic.'' They are not respected even by the court. Even their travel and other allowances are not paid on time. 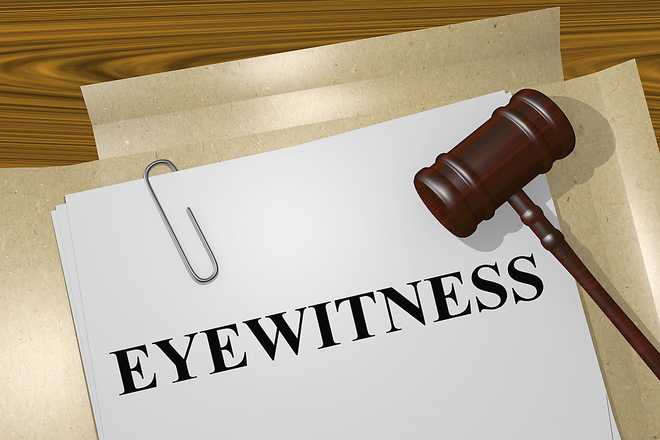 SHABBY TREATMENT: No facilities are given to witnesses in India.

THE Supreme Court in Swaran Singh (2000) has rightly observed that witnesses are shabbily treated in India with no facilities extended to them. Justice Sikri termed their condition as 'pathetic.' They are not respected even by the court. Even their travel and other allowances are not paid on time. Lengthy trial processes, repeated adjournments and courtroom intimidation frustrate them. Justice Wadhwa was candid enough in Swaran Singh to admit that 'witnesses are a harassed lot in India'. Not only are they bribed, threatened, abducted, even mutilated but also, at times, done away with.

A hostile witness is like a time bomb. Prosecution in some of the most sensational cases had failed because the witnesses initially responsible for setting into motion the criminal justice system had turned hostile. An unusually high number of witnesses in the last four years have turned hostile in cases relating to the so-called Hindu terror.

In the Sohrabuddin encounter case, whose decision will be pronounced on December 21, 2018, of the 210 prosecution witnesses, as many as 92 witnesses, including eyewitnesses, and police officials have turned hostile.

i. Sharad Krushanji Apte was the passenger in the bus in which Sohrabuddin, his wife Kauser Bi and Tulsiram Prajapati were travelling from Hyderabad. Apte had earlier in his evidence before the magistrate deposed that he saw these three in the bus. He has now denied having seen them.

ii. Misbah Hyder, the driver of the bus and Gazuddin Chabuksawar, the bus cleaner who had earlier testified that an SUV had stopped the bus and these three passengers were taken away by the police, have now said that no such incident really took place.

iii. Similarly, the owner of the bus, MJ Tours, who had earlier given a photocopy of the ticket of these three passengers to the CBI has now denied even booking tickets for them.

iv. Soharabuddin's host in Hyderabad denied that he stayed with them.

Justice Revati Mohite Dere was upset and did ask the CBI as to the protection given by it to its witnesses.

Malegaon blast case: On February 14, 2018, Lt-Col Purohit, who was given bail by the Supreme Court in August, 2017 in the Malegaon blast case, turned hostile in the 2007 Mecca Masjid blast case in Hyderabad and denied his meeting with Swami Aseemanand. As many as 40 witnesses, including Randhir Singh, currently agriculture minister in Jharkhand, turned hostile, leading to the acquittal of all accused in April, 2018.

Naroda Patia carnage: Mohammad Shakut Sayyad, a victim of the Naroda Patia carnage in 2002, who had lost his three children and was a key witness in that case, was attacked and beaten up brutally by a group of 30 people, while he was sitting outside his shop in Vatya. He said that his assailant was shouting: 'You are very fond of deposing before the Nanavati Commission, aren't you?'

Mukhtar Ansari, the notorious character tried for the murder of a jail superintendent, was acquitted because all witnesses, numbering 36, had turned hostile.

The 2018 scheme approved by the SC as law under Article 141 and issued under its extraordinary powers to do complete justice under Article 142 is an improvement over the 2003 Bill. If we do not want what the SC said in the Best Bakery case (2004) that 'criminal trial should not be reduced to mock-trial or shadow-boxing or fixed trial', we must immediately start using the new scheme's provision of transferring the witness from his city of domicile to another city in another state where the witness may be given a job similar to the one he is/was doing. Under the new scheme, the witness may also be given a new name, identification, Aadhaar card and passport.

Problems with the new scheme

i. Though criminal justice is a state subject and many states won't have adequate resources, the real problem with the scheme is that the Central government has not committed giving even a penny for the witness protection fund under the scheme approved by it.

ii. Witness protection would be just for three months at a time.

iii. Since a threat analysis report is to be prepared by the head of the police in the district, in high-profile cases where political leaders of the ruling party would be involved, officers are likely to underplay the threat to witnesses.

If the Modi government is really serious about this issue, it should introduce the Witness Protection Bill in the winter session of Parliament.

The US protects witnesses before, during and after trial. Round-the clock protection is provided to all the witnesses through the US Marshal Service. Till 2013, as many as 8,500 witnesses and about 10,000 of their family members were protected under this programme. Even plastic surgery of the witness to produce a new identity is considered as an option. Relocation and change of identity are routinely used in Canada. In 2014-15, $9.6 million was allocated to 23 protectees.

Witness is like the sun that eliminates the darkness