A great teacher directs us to the right path. This is what Randhir was, and will be remembered for. He is perhaps the only teacher in the Department of Political Science who became a cult figure, inspiring young people to critically engage with society. 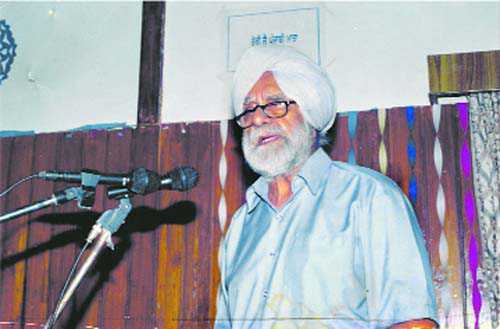 In the early 1970s, Professor Randhir Singh became the Head of the Political Science Department in Delhi University, and along with a few bright and energetic colleagues in the department and colleges, wrought a virtual revolution in the study and teaching of a “dry as dust” discipline. This was a remarkable achievement given the dismal state of the field ofpolitical science.
The subject, now taught in more than a 100 universities and thousands of colleges in the country, is of relatively recent provenance. It took birth in the 1930s by an act of secession from history, in universities of North India. The progress of the discipline was slow, and till 1938 only five universities had offered the subject. Teaching was majorly shaped by the influence of British philosophical idealists, TH Green, FH Bradly and Bernard Bosanquet. Interesting as it may be, this philosophical orientation contributed little to the understanding of social and political life in the country. Political theory was taught unimaginatively, as a philosophy that originating in alien lands had little relevance for individual and collective lives in India. After Independence, political science, particularly the study of Indian politics,became excessively formalistic and legalistic. By the 1960s, the behavioural revolution pioneered by American political science came to dominate the scene in India. Behaviouralism was apolitical and status quoist, and generations of students remained unfamiliar with the key concepts of normative political theory: justice, egalitarianism, substantive freedom, exploitation, and liberation, which are essential for substantive democracy, and particularly a "new" democracy like India. In the middle of a political science that deadened political sensibilities, Randhir Singh launched a storm of new vocabularies, new understandings, and new political judgements. We, as students and as young teachers became aware of the depredations of colonialism, exploitative ruling classes, the many inhumanities of capitalism, and possibilities of emancipation. Politics, said Randhir, to some of us, is defined as the art of the possible; it is rather the art of the impossible. As a Marxist who had taken keen part in the communist movement during his student days in Lahore, Randhir gave to us a materialist conception of history, and an agential conception of human beings. People could make their own histories, even if the histories they made were not the histories they had wanted to make in the first instance.
After Partition, Randhir Singh's family came to Delhi. As a faculty member in what was then Delhi College, now Zakir Hussain, Randhir acquired great repute as a gifted teacher. In his professional life, Randhir faced and surmounted a number of obstacles. His passion for interpreting the texts of political theory through the prism of Marxist materialism aroused scepticism, even envy among colleagues in the postgraduate Department of political science. Resultantly, he was excluded from teaching in the department. Yet the number of political science students who thronged his classes in the history department of the university swelled. There came a time when his peers could no longer deny him a professorship in the department, and this was the time when a rather boring discipline was transformed beyond belief.
The makeover in the course content of the discipline was nothing short of dramatic. From teaching the constitutional history of India, as a series of acts drafted and implemented by the colonial government, we as young teachers came to understand and communicate the extent of damage colonialism had produced, the hold of imperialism, and the making of a neo-colonial ruling class. "Gandhi," Randhir, used to say, "wanted the peasant to inherit India", but "history decreed that the capitalist inherited India". The focus of political science changed, it acquired a historical, analytical and normative edge, and we began to speak of gender, class and caste, the nature of the state, power, domination and exploitation.
In his professional life, Randhir exhibited exemplary courage and integrity virtues that are somewhat rare even in the realms of academia. He refused to compromise, even at the risk of making some enemies, but he considered engaging with small minds below his dignity. To his friends and admirers, he was amazingly generous, sometimes sharp of tongue, but always large-hearted.
As long as he taught he published sparingly. But his work on Michael Oakeshott, Reason, Revolution and Political Theory was well received. When the time for his retirement came, some of us organised as a festschrift, a special issue of the Department journal Teaching Politics that Randhir and some colleagues had initiated. The editor of the volume asked him for his bio-data. Characteristically, Randhir gave her a short piece titled "in lieu of a bio-data". In this elegantly written piece he spoke of his participation in the communist movement, and his teaching career. The piece gives us reason to ponder on the utter irrationality of academic life. A teacher, Randhir taught us, is not expected to recommend to students a long list of books .Teaching is about instigating them to think and question inherited beliefs, making them aware of the brutalities of society, and about imparting the need to battle injustice. A great teacher directs us to the right path. This is what Randhir was, and will be remembered for. Farewell Guru, friend and comrade, you will be sadly missed.
The writer is visiting Professor at Centre for Study of Law and Governance, JNU
SHARE ARTICLE