The worst is not yet over

The bad news is that the bad debt situation of Indian banking is the worst in the world. 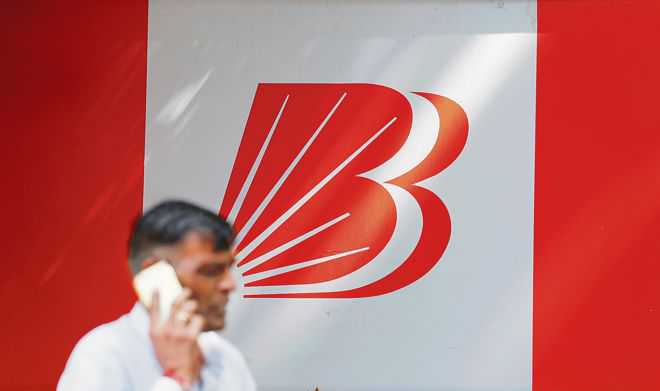 Moody’s figures: India’s banking system, with the highest load of bad debts among all major economies — at 9.6% of total assets — is in danger of adding another 2.4%.

According to Moody’s Investors Service, India’s banking system, with the highest load of bad debts among all major economies — at 9.6% of total assets — is in danger of adding another 2.4%. On the other hand, in the past three years, Italy has halved its bad debt load to 8.5%. Other things remaining equal, India will outstrip this by nearly three-and-a-half percentage points to clock a staggering 12%. It is not as if this situation has emerged because of government inaction due to indecisiveness. Last month, the government took a major decision to merge 10 public sector banks into four to reap several positive spin-offs.

The mergers will yield obvious economies of scale as they are likely to lead to closure of branches (when there is more than one legacy branch of the new entity in the same area) and delayering of the management. Since care has been taken to merge banks with the same type of information technology systems, business per employee or manager will see a quick jump.

Bigger merged entities should theoretically be able to bid more aggressively for fresh business on the basis of their deeper pockets. But there is a catch here as the capital adequacy and bad debt ratio of some of the wholes may not be all that better than that of the sum of their parts.

The key reason why the level of bad debts in the banking system (public sector banks account for two-thirds of the industry and over their due share of NPAs) will go up and not down, post this surgical operation, is the current state of the economy.

The system is in the throes of a severe slowdown. As it always happens during the downward phase of an economic cycle, businesses will run into serious cash flow problems owing to slowing sales and resultantly will tend to renege on their repayment commitments to banks, rendering their loans non-performing. Thus the health of the banking system will have to ride out the current overall slowdown before it can pick up along with a general uptick in economic activity.

But let us assume that the overall growth rate will pick up after a year or so. Then will the health of the banking system improve in tandem? This cannot be taken for granted at all and the odds are right now stacked against the banks.

This is because public sector banks fell upon bad times, not because there were too many of them and hence they were too small to be viable, their chief malady was poor governance. They were poorly run because they operated unprofessionally and that is because at the end of the day their senior managements were put in place by civil servants who reported to politicians whose prime concerns were not ensuring that banks remained healthy. Banks were there to be used for politicians’ larger political agenda.

Powerful Indian promoters with deep links within the system used every trick not to pay the price of losing control of their units for their strategy of tiding over their cash flow problems by reneging on their dues to the banks. This is not a state secret but has come to be known as crony capitalism, which, among other things, proved to be the nemesis of the previous UPA regime.

The NDA government was well aware of this and early in its life set up the Banks Board Bureau under the leadership of a respected former Comptroller and Auditor General, Vinod Rai, who was tasked with the job of setting up a system to equip public sector banks with the right type of professional managers. This would give the banks the good governance that they had earlier lacked.

But the great misfortune is that Rai’s stint proved to be most ineffectual, with many well considered suggestions of his for change in systems ignored. On his departure, he posted on the website of the bureau a memorandum made up of all the suggestions that the board had put forward under him.

This is not all. A positive act of the government has been to create the legal framework of the Insolvency and Bankruptcy Code (IBC) which would put in place a resolution process foremost for large non-performing bad loans in a time-bound manner, so that creditors would take a haircut and get what they could, and new promoters would take the place of the old ones who had run up the bad debts being forced to lose control.

The saddest news for the Indian system is that the IBC has been functioning much too slowly, requiring the government to tweak the law several times to get around the legal issues that have emerged with the working of the code.

The overwhelming reality is that one set of politicians has replaced another, but there is no good governance light at the end of the tunnel for public sector banks, and many wily promoters are still gaming the system by using the law’s jungle for cover. So be ready for the country’s banking system to remain in the doldrums, despite some individual banks turning the corner and India having the dubious distinction of having the most troubled banking sector among all major economies.