No lessons learnt from Kargil

Ties between India and Pakistan have not improved despite efforts The Indian military leadership should be kept in the strategic decision-making loop.

But around the same time, three Pakistani fidayeen cross over into Punjab, kill seven policemen in Dina Nagar and narrowly miss blowing up 250 passengers travelling aboard the Pathankot-Amritsar train. They were highly motivated, well trained, armed and equipped and, therefore, able to fight for nearly 11 hours before getting killed. My 42-year military experience tells me that they could not have embarked on this mission without substantial support from Pakistan’s state agencies.

Let us roll back the last 16 years. Prime Minister Atal Bihari Vajpayee is invited to Lahore by Prime Minister Nawaz Sharif. Vajpayee inaugurates the Sada-e-Sarhad bus service between Delhi and Lahore on February 19, 1999. He travels on its first trip with band, baaja and baraat comprising Indian celebrities, and is received at the other end with much back-slapping bonhomie. Two days later, both Prime Ministers sign the Lahore Declaration, committing themselves to a ‘vision of peace, stability and mutual progress, full commitment to the Simla Agreement and the UN Charter’. Within a few weeks, the Pakistan army launches its pre-planned ‘attack by infiltration’ into the Kargil-Siachen sectors. Sharif and Sartaj Aziz, Pakistani political prime actors then and now, put the blame on Gen Pervez Musharraf. However, few strategists and military historians on either side of the border believe that these prime actors had no role in the attack.

Over the next 70 days, India was forced into its fourth war with Pakistan. We succeeded in achieving the political aim to throw the Pakistan army out but not cross the LoC or the border. There were heavy casualties on both sides. And yet, throughout that war, political leaders and their interlocutors remained in touch. The Sada-e-Sarhad continued to run.

Although the formal victory was declared on July 26, 1999, Pakistan lost the war psychologically when its people learnt of the Pakistan army’s perfidy — the Mujahideen façade — through the Indian media, and when, on the day we recaptured Tiger Hill, Nawaz Sharif

Ever since, I am often asked two questions: (a) Will there be another war with Pakistan? (b) Are we better prepared now as compared to the Kargil war time?

The first question is more political. It has less to do with the military. As reasoned by Von Clausewitz, a war starts from ‘a political condition called forth by a political motive and is, therefore, a political act. It is a mere continuation of policy by other means’. Between India and Pakistan, there has been no political progress on disputes like cross-border terrorism, Jammu & Kashmir, Siachen Glacier or Sir Creek. Notwithstanding the dramatic gesture of Narendra Modi inviting Sharif for his swearing-in ceremony in May 2014 or the summit meeting with a constructive joint statement from Ufa last month, there is no change in the ground situation. The continuing cross-border terror acts and daily violations of ceasefire along the LoC are a testimony to that.

To the military, I like to quote Admiral JC Wylie from his paper ‘Military Strategy: A General Theory of Power’ that “Despite whatever effort there may be to prevent it, there may be a war.” This assumption is neither being provocative nor a justification for the large expenditure on the armed forces in peacetime. Military history tells us that nations who neglect this historical determinism are  vulnerable to military surprise and defeat. The Kargil war was not the first time Pakistan initiated a war. We cannot assume that it would be the last time.

To the second question, I will say that our western border is much better manned than before. More troops have been deployed on the LoC and a border fence has been constructed. We also have surveillance satellites, unmanned aerial vehicles, thermal imagers, radars and ground sensors, which were non-existent in 1999. But apart from that, we do not seem to have learnt any important lessons from that war. The modernisation of the armed forces continues to lag behind. The existing state of weapons and equipment could be sufficient for border skirmishes, but if they escalate, which can never be ruled out, deficiencies of weapons and ammunition and the lack of modernisation will make the present day Chiefs repeat what I had said long ago — “We shall fight with whatever we have.” Over the years, our capability to deter the adversary has been seriously eroded.

An important war lesson called for faster politico-military decision-making, rapid deployment of resources and synergy among all elements involved in the war effort, particularly the three services; not only during war, but also in peacetime. This requires keeping the military leadership in the security and strategic decision-making loop. Unfortunately, there is no politico-strategic guidance to the military, no keeping them in the integrated decision-making loop, and no effort to promote jointmanship. The reason is that important recommendations made on the reorganisation of a higher defence structure have not progressed in letter and spirit.

We won the Kargil war primarily on the strength of our human resource. The young officers and men were daring, deeply committed and determined. The spirit was strong! Will such a spirit be there in our present rank and file when they see Kargil war veterans and others on hunger strike and agitating for months on the streets over the non-implementation of government committed One Rank, One Pension? Let us not forget the strong linkage between a serving soldier and a military veteran. The former will be a veteran tomorrow. It hurts him as much, and alienates him from the ‘powers that be’.

India will remain vulnerable along its borders unless it builds the will and the capability to deter and dissuade its likely adversaries. An enduring lesson of Kargil war, and indeed most wars, is that sound defence and security enables sound domestic and foreign policies. Indian civil and military leadership needs to keep this in mind.

— The writer was the Army Chief and Chairman, Chiefs of Staff Committee, during Kargil war 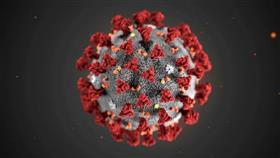