Shame of a woman in places of worship

The taboo and shame attached to menstruation is not restricted to the entry of women into temples and mosques. The archaic practice keeps half the population vulnerable to life-threatening infections. 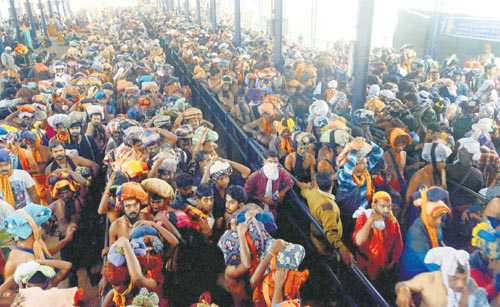 Devotees waiting in queues to offer prayers to Lord Ayappa in Sabarimala. The temple authorities do not allow women between 10 and 50 years to offer worship to the idol of Lord Ayappa. Ironically, Sabarimala is named after the Dalit female devotee of Lord Rama, Shabari. PTI