The tip of the damaged iceberg

LAST week, Ajit Doval, the powerful National Security Adviser (NSA), spoke of the need for strong and decisive governments, the importance of observing the rule of law, encouraging technological independence and the private sector. 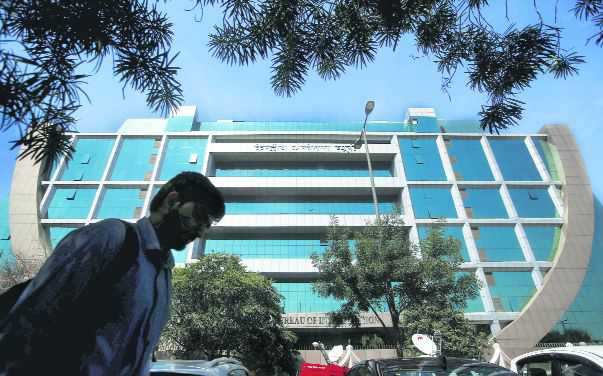 Watch out: The parallel drama in the ED hints at a larger problem.

LAST week, Ajit Doval, the powerful National Security Adviser (NSA), spoke of the need for strong and decisive governments, the importance of observing the rule of law, encouraging technological independence and the private sector.

The NSA should have also spoken for a modern government, where institutions and due process prevails, rather than individual whim. India’s governments, and Modi’s in particular, operate in a feudal milieu that privileges loyalty over other virtues.

That was evident in that week itself, when we saw what is probably the real face of the government — a medieval one, with darbaris locked in a bitter internecine war, even as the emperor watches silently. Doval himself, according to reports, played a significant role in the sordid drama that saw the chief of the Central Bureau of Investigation (CBI) being removed in a midnight coup.

Given the past judgments and directions of the Supreme Court in relation to the autonomy of the organisation, the government’s moves appear suspicious and may not be quite legal. Indeed, there are some who now see the Supreme Court’s intervention as a victory for Prime Minister Modi. In fact, it is quite the opposite. The apex court directions have complicated the situation from the government’s point of view. They may have brought respite to the paralysed PMO that was unable to act till the last minute, but the bigger questions remain.

The government could well have done all this more transparently. But, maybe, Doval thrives on drama, or, perhaps, there is more to the report that the action was aimed at Director Verma for initiating action on a complaint on the Rafale deal by BJP dissidents Arun Shourie and Yashwant Sinha and lawyer Prashant Bhushan.

There was a certain theatricality in issuing a midnight directive that saw the appointment of M Nageshwara Rao as an interim head of the CBI and both Rakesh Asthana and Alok Verma being informed by pre-dawn messengers that they were being sent on leave. Simultaneously, the new Director Rao immediately transferred officers perceived to be close to Verma and involved in the Asthana investigations. Rao was only declared ‘interim director’ as an afterthought when the matter headed for the apex court.  And Rao’s own record for impartiality looks a bit dodgy.

The apex court’s fetters on the CVC inquiry and interim director Nageshwara Rao indicate that it is following a cautious but sceptical approach. It has yet to hear on the main matter — the decision to send Verma on forced leave, given the fact that the Vineet Narain judgment commits the government to give a two-year tenure to the Director CBI. Verma is scheduled to retire in three months.

Accusing the Congress of coterie politics has been the stock-in-trade for the BJP. But in terms of style, the Modi government has been no different. He has also resorted to darbari politics, dependent on ‘loyalist’ IAS and IPS officers. Not surprisingly, those who served Modi in his long tenure as Chief Minister of Gujarat have found places of authority in his prime ministerial dispensation.

Modi always wanted Asthana, an old associate from Gujarat, at the head of the ‘caged parrot’ agency. On December 2, 2016, as Additional Director he was appointed the ‘interim director’ of the CBI when the incumbent Anil Sinha retired. Special Director RK Dutta, who was senior to him, was shunted out to a new post in the Union Home Ministry as a Special Secretary, just two days before Sinha’s retirement.

Since Asthana lacked the seniority to be confirmed to the post that is statutorily appointed by a committee comprising the Chief Justice, leader of the Opposition and the PM, he had to give way to Alok Verma who was appointed to head the agency on February 1, 2017. Since then, an incipient civil war played out in the agency, where Asthana, with the help of the PMO, sought to undermine his boss, and where the boss, no slouch himself, gave as good as he got.

Some will say that the CBI has always had such problems, and hark back to the tenures of Ranjit Sinha and AP Singh. But the parallel drama taking place in another institution — the Enforcement Directorate (ED) — indicates that there is a larger problem. In the ED, following the retirement of Karnal Singh, Sanjay Mishra has been appointed its interim director. Attention is focused on Rajeshwar Singh, Joint Director of the ED, against whom an inquiry has been initiated following his falling out with Hasmukh Adhia, the powerful Finance Secretary.

This could well be the tip of the damaged iceberg that is the Government of India. The state of other institutions like the Election Commission or the Information Commission has also drawn concern. And on Friday,  RBI Deputy Governor Viral Acharya warned that the government’s efforts to undermine the institution could cost the country heavy.

So, yes, India needs strong, decisive governments that uphold the rule of law. But it also needs governments that understand the importance of institutions and also that the law of the land applies to these institutions. It, most certainly, does not mean — as Doval probably thinks it does — a country where people must obey the law. In fact, it is a process to check the arbitrary exercise of power by subjecting it to due process.