US interests and UN intrusion 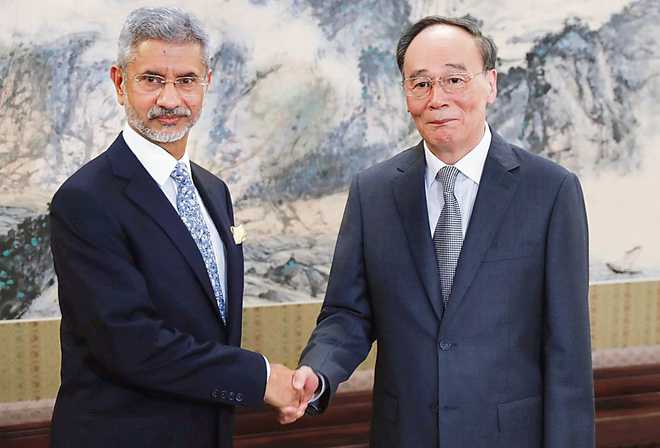 India couldn’t prevent the consultative meeting of UN Security Council regarding J&K developments. A meeting listed under ‘India-Pakistan questions’ has taken place after half a century. The Indian diplomacy took care for decades that such a thing never happened — not even during the blood-soaked period of the early 1990s in the Valley.

A rethink on Delhi’s narrative that the situation on J&K is ‘an internal matter for India’ becomes necessary. Conceivably, India already seems to reconcile with this reality by stating that it is ‘gratified’ that the Security Council ‘appreciated’ the Indian efforts to move towards normalcy in J&K, ‘acknowledged them and indicated that this was the direction in which they would like the international community to move’.

The briefing at the closed-door meeting by UN Assistant Secretary-General Oscar Taranco and commander of the United Nations Military Observer Group in India and Pakistan Lieutenant-General Carlos Loitey went against India. UN Secretary-General Antonio Guterres had repeatedly voiced concern, especially over the rights situation, and also referred to UN resolutions on Kashmir and the UN Charter. The sense of the meeting appears to have been that the member countries urged India and Pakistan to refrain from actions that would exacerbate tensions in the region; reaffirmed relevant Security Council resolutions on the Kashmir issue; called on India and Pakistan to avoid actions that would escalate the situation along the Line of Control; voiced support for India and Pakistan to settle the dispute through peaceful manner, including direct dialogue based on related bilateral agreements in accordance with UN Charter; and, also agreed to follow the situation closely. It is a mixed bag of the good, bad and the ugly.

The downstream implications cannot be underestimated even if a brave face is put on it for domestic opinion. Pakistan has already warned, ‘This is the first and not the last step. It will not end here.’ India is sliding into a Pakistan-centric foreign policy. Besides, China has shifted to an adversarial mode. Chinese ambassador to UN Zhang Jun went to the extraordinary length of disclosing the sense of the discussions at the closed-door meeting. Clearly, since the visit by External Affairs Minister S Jaishankar to Beijing recently, Chinese stance has hardened. India-China relations, which have been cruising on a post-Doklam recovery path after the Wuhan summit, have run into a headwind.

A leading Taiwanese scholar, Chien-Yu Shih, Secretary-General of the Association of Central Asian Studies, has estimated that in the Chinese perception, New Delhi tried to take advantage of US-China tensions and that the changes in the status of J&K would add to the ‘continuing (Indian) threat to CPEC’. On the other hand, Ankit Panda, senior editor at Washington-based Diplomat magazine, has written that Delhi’s decision on J&K has opened a ‘geopolitical Pandora’s box’. To quote him, ‘Delhi’s move in Kashmir is likely to complicate future talks on finalising the border between India and China… India’s consolidation of autonomy over Ladakh — and by extension Aksai Chin — will set up a new challenge as the two countries continue a dialogue on the border dispute… (and as) the two sides were heading toward a crystallisation of the old status quo.’

Pakistan PM Imran Khan held a phone conversation with US President Donald Trump just ahead of the UNSC meeting in New York, conveying Islamabad’s concerns, and the latter reportedly responded that he’d speak with Modi. Trump still seems open to mediate on Kashmir. Meanwhile, by coincidence, Trump also held a meeting of top US officials on Friday regarding Afghanistan to discuss the draft agreement reached at Doha talks with Taliban representatives. From available indications, even if one were to disregard the preposterous hypothesis of linkage between the Afghan problem and Kashmir dispute, from a geopolitical perspective, the two issues are likely to remain conjoined at the hip for the foreseeable future. Suffice to say, the situation in J&K — in all its ramifications such as any spiral of violence in the Valley and/or ensuing border tensions or a conflict situation — would have a direct bearing on what Washington and Islamabad are trying to achieve in Afghanistan, which demands the single-minded cooperation of the Pakistani military.

The US presence in Afghanistan can be expected to continue for the foreseeable future, although in reduced form. Since the US’ capacity for counter-terrorism operations diminishes significantly, Washington’s dependence on Pakistan military is going to increase. A Taliban takeover in Afghanistan can now be regarded as a foregone conclusion. Therefore, a consolidation of the US’ relations with the Taliban regime is also to be expected. Plainly put, while the US withdrawal may take place over a two-three year period, the US engagement with Afghanistan remains virtually open-ended and, therefore, any alarmist signals such as that India may change its N-doctrine to provide for ‘first use’ or that it is moving to ‘liberate’ territories under Pakistani control will also affect US interests.

The bottom line is that the UN has made J&K its business too. Unless normalcy is restored quickly in the Valley, which, of course, is easier said than done, this may incrementally become intrusive. The unseemly haste with which the delimitation of constituencies is being advanced in J&K in such abnormal conditions will only fuel Kashmiri angst and Manichean fears. The Security Council had the option to brush aside the Pakistani request but it didn’t. And China is backing Pakistan to the hilt.