Want the right to quality education? Go to court

Over a month back, the notices that the University Grants Commission (UGC) sent to 10 of India''s best-known institutes, triggered an unprecedented reaction. 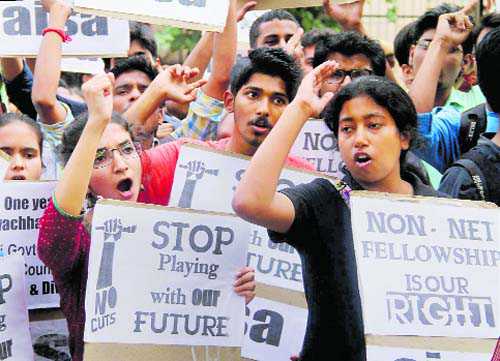 Students protesting outside the UGC office in Delhi. PTI